Investigations of Anemia Drug Profiteering Far from Over Part I


On July 20, 2007, the Centers for Medicare & Medicaid Services issued new reimbursement rules that limit the use and dosage for a class of anemia drugs known as erythropoiesis stimulating agents (ESA's), in large part prompted by findings that the medications were being over-prescribed for profit under the current billing rules. 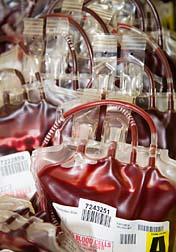 However, right about now, reimbursement rates are probably the least of the worries for the companies that market the drugs, Johnson & Johnson and Amgen. On May 10, 2007, Amgen received a subpoena from the New York attorney general seeking documents related to "promotional activities, sales and marketing activities, medical education, clinical studies, pricing and contracting, license and distribution agreements and corporate communications," according to the firm's May 22, 2007, SEC filing.

Also, a J&J spokeswomen said her company has also received a subpoena that covers the sales, marketing, medical education, and clinical trials of the ESA's, according to the May 25, 2007, Cancer Letter.

The drugs are sold under the brand names Procrit, Epogen, and Aranesp, and Amgen manufactures all three, but Procrit is marketed by J&J.

On April 17, 2007, Newsday reported that the large for-profit dialysis chains like DaVita and Fresenius are negotiating volume discounts that allow them to buy ESA's at a lower price than the reimbursement rate from Medicare, "making the drug a profit center."

A June 2007 report on an investigation by the US Department of Health and Human Services Office of Inspector General found dialysis facilities could acquire the anemia drugs for as much as 10% below Medicare reimbursement levels. Acquisition costs varied substantially, the report notes, with chain-owned freestanding clinics often paying less than non-chain freestanding and hospital-based facilities, but all totaled, 99% of freestanding dialysis facilities could purchase ESA's for less than the Medicare reimbursement rate.

On May 9, 2007, the New York Times reported that J&J and Amgen were paying "hundreds of millions of dollars to doctors every year in return for giving their patients anemia medicines."

Federal law bars drug makers from paying doctors who prescribe drugs in pill form to be purchased at a pharmacy, but companies are allowed to offer rebates to doctors who buy drugs that are administered in their office.

Documents obtained by the Times show that, at just one practice in the Pacific Northwest, six cancer doctors received $2.7 million from Amgen for prescribing $9 million worth of its drugs last year.

Michael Sullivan, who worked as a business manager for the six doctors in the Pacific Northwest for 9 years, told the Times that the rebates inevitably encourage use of the drugs and that as result of the rebates from Amgen, the six doctors made about $1.8 million in net profit on the drugs they prescribed.

On May 10, 2007, the Wall Street Journal reported a review of documents provided by Dean McClellan, a former sales representative who filed a whistleblower lawsuit against J&J alleging that the company "offered excessive financial incentives for doctors" to prescribe Procrit and encouraged doctors to prescribe the drug at higher doses than were approved.

One document, cited by Journal, estimated that a doctor who purchased nearly $1 million worth of Procrit over 15 months would receive $237,885. Another program offered a discount for J&J's product line for hospitals that used Procrit at least 75% of the time. J&J also developed a "Right of First Refusal" contract that required doctors to allow J&J to make a better offer if Amgen lowered the price of Aranesp, making it cheaper than Procrit.

Half of Amgen's total revenue for 2006 was earned by Epogen and Aranesp, bringing in combined sales of $6.6 billion. Procrit was J&J's second best selling drug last year at $3.2 billion, according to Forbes on March 21, 2007.

In the US, the majority of the profits are tax dollars, because Medicare pays for over 90% of services provided to patients with end stage renal disease (ESRD), and the anemia drugs cost approximately $2 billion a year, according to a report by the US House Ways and Means Committee which oversees spending by the Medicare and Medicaid programs.

According to the FDA-approved labeling, before receiving ESA's, patients should have a hemoglobin (red blood cell count) level of 10-12 grams per deciliter of blood, and the drugs are to be used only if the level drops below 10 grams.

Despite the FDA label, a 2006 report by the US Renal Data System, a large federally-funded registry of patients on dialysis, found that more than 40% of dialysis patients have a hemoglobin level greater than 12, and over 20% have hemoglobin levels above 13.

In the past year, investigations have shown that the drugs are being administered to patients who are not receiving dialysis or chemotherapy and in higher doses than approved. In fact, one study found that about 50% of dialysis patients had hemoglobin levels above what the FDA considers safe, and about 20% develop dangerously high levels that can lead to heart attacks and strokes, according to the November 17, 2006, medical journal Lancet.

A November 2006 Dialysis and Transplantation study found that the population with a red blood cell count above the guidelines also had higher costs of $3,100 per patient per year more for just the anemia drug.

Dr Laura Pizzi, a Research Associate Professor of Health Policy at Jefferson Medical College in Philadelphia who led the study, testified at a December 2, 2006 hearing before the House Ways and Means Committee and discussed how the study converted the difference in utilization to dollars amounts between actual usage versus recommended practice based on 2005 Medicare reimbursement rates and estimated that Medicare could have reduced the cost for the drugs by 36% if dialysis facilities adhered to the guidelines.

"If CMS spends $2 billion per year," she said, "it is reasonable to say that several hundred million dollars could have been saved on the drug if providers followed the guidelines."

On December 6, 2006, Dr Ajay Singh, clinical chief of the Renal Division and director of dialysis services at the Brigham and Women's Hospital, testified at a hearing before the US House Ways and Means Committee and told lawmakers that patients in the higher hemoglobin group had a 34% higher risk of death and cardiovascular complications compared to patients in the lower level group.

He testified to a study that found there were 52 deaths in the higher group versus 36 in the lower hemoglobin group, or a 48% higher risk and a 41% higher risk of hospitalizations for heart failure and more cardiovascular adverse events.

Dr Singh also said the study found no benefits for patients who received the drugs and, therefore, "the conclusion was there was both increased risk and no substantive incremental quality of life benefit in raising the hemoglobin among patients with chronic kidney disease not on dialysis."

An editorial in the April 18, 2007, Journal of the American Medical Association, by Dr Daniel Coyne, a professor at Washington University School of Medicine, estimated that it costs the Medicare program $1,700 more for each patients on the higher dose. "Physicians need to challenge industries," he wrote, "that appear to be using patients as profit centers based on bad science."

In February 2007, the FDA notified health care professionals of the results from a large clinical trial evaluating the use of Aranesp to treat cancer patients not receiving chemotherapy in which patients received either Aranesp according to the approved dosing regimen or a placebo.

Patients treated with Aranesp, the FDA reported, had a higher death rate and no reduction in the need for transfusions compared to those treated with placebo. The FDA warned that the finding showed that treating anemic cancer patients not on chemotherapy with an ESA may offer no benefit and may cause serious harm.

In a March 9, 2007, safety alert, the FDA reported that an analyses of four new studies in patients with cancer found a higher rate of serious and life-threatening side effects and/or death with the use of ESA's. The studies were evaluating an unapproved dosing regimen, a patient population for which ESA's are not approved, or a new unapproved ESA.

According to the FDA, as of March 2007, there were five clinical trials that demonstrated decreased survival time in cancer patients receiving ESA's compared with those receiving blood transfusions.

In addition, the agency reported a higher rate of blood clots, strokes, heart failure, heart attacks and death in patients with chronic kidney failure when ESA's were given to raise hemoglobin levels higher than 12.

The FDA advisory also noted that a higher risk of blood clots was reported in patients who were scheduled for major surgery and received ESA's.

The FDA also warned of an increased rate of tumor growth in patients with advanced head and neck cancer receiving radiation therapy and metastatic breast cancer patients receiving chemotherapy, when ESA's were given to maintain levels of more than 12.

There was also a higher rate of death reported, the agency said, but no fewer blood transfusions when ESA's were given to patients who were not receiving chemotherapy.

In March 2007, the FDA revised the product labeling for the drugs to include updated warnings, a new boxed warning and modifications to the dosing instructions. The boxed warning advises doctors to use the lowest ESA dose to gradually increase the hemoglobin level to a concentration sufficient to avoid the need for blood transfusions.

The label revisions, the FDA said, were based on recently completed trials that described an increased risk of death, blood clots, strokes and heart attacks in patients with chronic kidney failure when ESA's were given at doses that resulted in higher than recommended hemoglobin levels.

The revised label also summarizes the information from the trial that showed an increased risk for deep venous thrombosis in patients following orthopedic surgery when ESA's were administered without the blood clot prevention measures listed on the product label.

On May 8, 2007, the FDA released a report by agency scientists that said there was no evidence to support that ESA's improved the quality of life in patients or extended their survival, while several studies show the drugs can shorten lives when used at high doses.

On June 26, 2007, Robert Vito, Regional Inspector General for Evaluation and Inspections in Philadelphia at the US Department of Health and Human Services' Office of Inspector General, testified at a hearing before the House Ways and Means Committee and described cases where dialysis centers have been found to be submitting false claims for payment to Medicare involving the anemia drugs.

This year, he said, Dialysis Clinic, Inc., which provides services to Medicare beneficiaries with ESRD with clinics located in more than 30 States, agreed to pay $1.8 million to resolve liability under the False Claim Act, with the majority of the settlement associated with the administration and billing of ESA's when it was medically unnecessary.

If you or a loved one has suffered negative side effects from Aransep, Epogen, Procrit, or other anemia drugs, please contact a lawyer involved in a possible [Aranesp, Epogen, and Procrit Lawsuit] who will review your case at no cost or obligation.
Request Legal Help Now