While the medication was withdrawn from the US market in 2005, Bextra's link to serious side effects such as Stevens-Johnson Syndrome remains a serious issue for the thousands of patients across the country who took the drug. 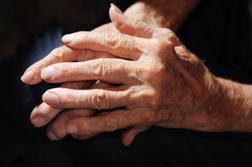 According to the Web site for the US Food and Drug Administration, the federal agency asked pharmaceutical giant Pfizer to withdraw the drug from the US market on April 7, 2005, due to the fact that the risks of the medication seemed to outweigh the potential benefits.

While the FDA emphasized the potential for cardiovascular adverse events—seen as class-wide side effects of non-steroidal anti-inflammatory drugs (NSAIDs)—the federal agency also acknowledged the fact that, even more than other NSAIDs, Bextra showed an increased risk of severe skin reactions such as Stevens-Johnson Syndrome.

"The risk of these serious skin reactions in individual patients is unpredictable, occurring in patients with and without a history of sulfa allergy, and after both short- and long-term use," said the federal agency.

Symptoms of Stevens-Johnson Syndrome have been shown to include swelling of the face and tongue, blisters, rashes, and sore throat and shedding of the skin, according to the Mayo Clinic.

The recommendation for the drug to be withdrawn from the market was also given by the FDA due to the fact that the drug did not demonstrate "unique" benefits that other NSAIDs did not include, according to the Web site.


READ MORE LEGAL NEWS
The link between Bextra and side effect such as Stevens-Johnson Syndrome, coupled with the subsequent withdrawal of the drug from the market, has proven to be bad news for Pfizer, which was forced to pay a record fine to settle allegations of improper marketing.

According to UPI, the US Department of Justice ordered the drug company to pay a fine of $2.3 billion in order to settle the Bextra allegations. While the drug was pulled from the market in 2005, the marketing case was not settled until September 2009, the news source said.

"This historic settlement will return nearly $1 billion to Medicare, Medicaid and other government insurance programs, securing their future for the Americans who depend on these programs," Kathleen Sebelius, secretary of the Department of Health and Human Services, said at the time.


READ ABOUT THIS LAWSUIT

If you or a loved one have suffered losses in this case, please click the link below and your complaint will be sent to a drugs & medical lawyer who may evaluate your claim at no cost or obligation.
Request Legal Help Now