Chinese Defective Products: Deadly Consequences both in the US and China


As Bejing cracks down on Chinese manufacturers exporting defective products to the US, China has reported a suicide in the wake of the recent Mattel toy recall.

"This suicide serves as a red flag on how serious the situation is involving defective products," says attorney Jeff Killino. "Congress needs to take action now before more lives are lost, both from accidents in the US and suicides in China." 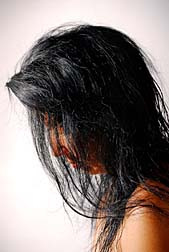 (Zheng Xiaoyu, first director of the State Food and Drug Administration was convicted of taking bribes from domestic pharmaceutical companies to approve untested medicine and was later executed.)

According to The Los Angeles Times, Cheung Shuhung, a co-owner of Lee Der Industrial Co. in southern China, hanged himself in the company's warehouse over the weekend. Apparently, Cheung was sold the defective paint by his best friend, alluding that he knew the paint contained lead. (Mattel had found nearly 1 million plastic preschool toys contained excessive amounts of lead and the company reports that the recall will reduce it pre-tax operating income by $30 million.)

In a separate recall, US toy firm Schylling Associates recalled 24,000 Chinese-made "Thomas & Friends" spinning tops, made from 2001-2002, with wooden knobs that were painted with lead-based paint. They were made by Hansheng Woodware Factory--also in southern China.

Toys are not the only defective products that could potentially harm US consumers. Add to the list pet food, toothpaste, seafood, pharmaceuticals, vitamins and food additives. (The Chinese government says it has closed over 180 food plants.) Face it, Chinese products are pervasive-- even if the label doesn't say 'Made in China', some of the parts might be.

Take vehicles, for instance. Chinese faulty tires have been blamed for a 2006 car accident in Pennsylvania that killed two people. But the tires are still on US roads!

The federal government is finally beginning to investigate Chinese safety standards—and many people wonder what has taken them so long.

Is China dumping defective products on US consumers knowingly? Jeff Killino believes the Chinese are putting profits in front of safety.

And Lou Dobbs blames the US government for not protecting its consumers. "Where is congress on this?" he asks in his recent televised commentary. "The Chinese don't care but it should be the responsibility of the US government to ensure safety standards of the American public."

The Federal government is just beginning to investigate Chinese safety standards and Congress has scheduled more hearings in September.

Posted by
H Clarry
on January 9, 2011
I feel that most products, especially electronic products coming from China are not tested they are just built and shipped. It was quite well known twenty or thirty years ago that most electrical products required a burn in period. This was done to stabilize the components and semiconductors before they where calibrated and aligned. Most failures occur during the first 100 hrs. If they make it through that period they usually last for a number of years. Now due to the profit motive, both in China and here in America the products are designed and sent to China to build. Then they let the consumer give feedback on how well they work and if indeed they work at all. Many products are shipped to consumers without even being tested. Reject rates are extremely high. But the profits are high enough so that they can afford in many cases to just throw the product away and send the customer a new one. Another trick is to sell the products to discount stores at a reduced price and to let the customer deal with the problems through them. If the product functions, and makes it through the warrantee period, then the customer takes the fall and expense to get it repaired and to ship it back at their expense. The cost is thereby reduced and the products are then able to be sold to many more unsuspecting people. If the consumer calls the service dept. for assistance they are given the run-a-round or handled by someone who obviously donâ€™t know squat about their products. These people are many times located in India or other third world countries where language becomes a problem and the object is to frustrate you with incompetent information.

When will we consumers get fed up and get after our Congress men and women to stop this fraud on consumers. I can't understand how the people that review these products don't investigate the failure rates for all the manufactures and publish the results. This would indeed bring attention to how bad the problem is and would in the end have some affect on the sales of these products. Many of the electronic magazines that review new products are nothing more than pimps for the manufacturers. Donâ€™t be fooled by the reviews which are presented. The worse ones are never published except on only a few sites. I am afraid that I am with Lou Dobbs on this subject. But then we all know what happened to Lou donâ€™t we?