Home > Class Action News > Why your 401k or ERISA Plan in Countrywi..


Countrywide Financial Corp. found some fresh money last week to help it weather the crisis in the secondary lending market, allowing stakeholders in the company, such as those with mortgage investments, or 401k plans, or its own employees with ERISA plans, to breathe a sigh of relief. The source of the new money was a $2 billion investment Bank of America made August 22 to buy Countrywide shares.

But the relief may still not go far enough.

Bank of America, having the highest level of deposits (almost $600 billion) of any bank in the country, is based in Charlotte, North Carolina. Its investment in Countrywide was reportedly made on terms highly favorable to itself. The big fish has positioned itself to swallow up the little fish, and prevent any other takers from getting at it. 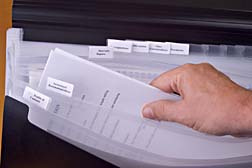 Approximately two weeks earlier, Countrywide took out an $11 million loan from a group of banks. You could say that it has now maxed out its credit cards.

So where does this leave you if you trusted Countrywide with your retirement savings and investments? Or if you work for Countrywide and your future is locked up in an ERISA (Employees Retirement Income Securities Act) plan or stock options with the company. It leaves you watching and worrying. The second mortgage market is still in crisis, shares in Countrywide have lost half their value this year, and no one knows yet when and where the dust will settle.

There is one bit of good news. A class action now in preparation may come to the rescue of current employees and past employees of Countrywide. If it can be proved that Countrywide violated the law by dipping into or compromising the investments and interests of its employee group, the company will be obliged to pay damages to those who have suffered losses. And Countrywide is already under investigation for securities fraud.

For once, the financial crisis, which some are warning could lead the country into a recession, is easy to understand. A whole bunch of lending institutions made a lot of money (while the housing market was soaring) from making stupid second mortgage loans. They lent billions of dollars, at teasingly low interest rates, for the short term, to borrowers, who, in some cases, didn't have to prove anything about their ability to repay the loans. They paid themselves fat commissions on these loans, and made the loans financially impossible to get out of when the short term was up, and it was time to start paying higher interest. Now that housing prices are softening, the borrowers, who were likely financially strapped to start with, have been defaulting on the loans left and right. Many more defaults are expected. That is why Countrywide (and other similar lending institutions) are still in trouble, and could still go belly-up.

In the worst of these cases, it's as if you gave $100 to a bank to lend out in such a way that you would be pretty sure of getting the money back plus interest. And the bank just handed the money over, no questions asked, to the first guy who walked into the bank and wanted it.

How could they do that? And have the gall to pay themselves hefty commissions in the process?