Merrill Lynch is now defending itself against claims that the company violated ERISA laws by breaching its fiduciary duty to the company's 401(k) plan participants.

The company made a statement announcing that it does not believe there is any merit to legal investigations into its actions. Despite the statement, some plan participants are investigating the possibility of a lawsuit against the company, arguing that the plan's assets were not properly invested, causing the plan to make less money than it should have.

Merrill Lynch has recently taken an eight billion dollar loss caused partly by the company's mortgage-related investments. The legal investigation into Merrill Lynch's actions focuses on whether Merrill Lynch executives breached their fiduciary duties of loyalty and prudence by recommending and allowing investment of 401(k) plan assets in Merrill Lynch stock when the stock was no longer a suitable investment. 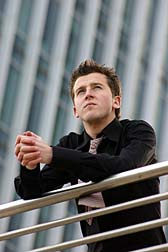 Under the Employee Retirement Income Security Act of 1974 (ERISA), most companies that sponsor pension and health plans in private industry, Merrill Lynch included, must meet certain standards in order to protect participants in their plans from financial losses. These standards include providing participants with important plan information, providing fiduciary responsibilities for officers who oversee plan assets and establishing a grievance and appeals process. Additionally, participants in plans, including 401(k) plans, have the right to sue for benefits and breaches of fiduciary duty.

A breach of fiduciary duty often means that the benefits plan administrators, who are responsible for managing the 401(k) plan, put the interests of the company ahead of the interests of plan participants and made an investment that was better for the company than for participants. Benefits plans work either by purchasing insurance policies or by investing plan money. For example, if Company A offers a benefits plan, the money that is paid into the plan, either by the employer alone or by the employee and employer, is put into a trust. This trust money is then invested.


READ MORE LEGAL NEWS
Employees believe that their benefit plan trust money will be invested in the most secure investments possible. However, not all companies do this. For example, Company A may invest the money in its own subsidiaries or affiliates, even if doing so does not benefit the plan's participants.

Essentially, this is what Merrill Lynch plan participants argue has happened with their 401(k) plan. They allege that investing the benefit's assets in Merrill Lynch stock was not the prudent thing to do, given that the company was experiencing financial problems. They also claim that Merrill Lynch executives misrepresented the company's financial situation by continually stating that Merrill Lynch had its credit problems under control before announcing the eight billion dollar losses.