Attorney Ted Meadows spends a good part of his work day preparing litigation against Wyeth, the Philadelphia-based pharmaceutical giant that manufacturers and markets Prempro, the controversial hormone replacement therapy connected to, among other things, breast cancer in older women. 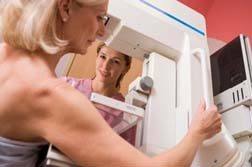 In December, Meadows will do battle in court with Wyeth in Philadelphia on behalf of four women who developed hormone-positive breast cancer linked to Prempro.
"They all started taking the drug after they entered menopause," says Meadows. "All four are still living—their injuries range from full to partial mastectomies."

This time he will lob some new ammunition—previously confidential letters written by Wyeth's sales staff—into the courtroom to prove his case.

"We have known about these letters for several years, since 2005—they just have not been available for public consumption; they were under a confidentiality order until they were recently entered into evidence at another trial against Wyeth," says Meadows.

Meadows is referring to three letters written by former sales staff from Wyeth-Ayerst expressing concerns about the safety of Premarin/Prempro—a drug that they presented to physicians as safe and effective for the treatment of hot flashes, night sweats and other symptoms associated with menopause.

In a July 2000 letter, Charles Payne, then a sales manager for Wyeth, wrote this. "We are not selling used cars. We are selling pharmaceuticals that affect the lives of women who take them. The desire for increased sales has overruled our company's ethical responsibility to promote our products safely."

Also in July 2000, another sales representative, Cynthia Waldrep, wrote to management as well. "I would like to take time to express a very serious concern I have. The core presentations for promotion contain information that the FDA has not granted approval for use with these drugs. Specifically, the use of Premarin for the prevention/treatment of cardiovascular disease, Alzheimer's disease and colorectal cancer. Additionally, the issue of potential side effects has been minimized—such as the risk of breast cancer," wrote Waldrep.

"These sales people were the face and the mouthpiece of the company," says Meadows. "The company can only sell their drug if prescribing doctors are willing to prescribe to patients. Sales representatives are in doctors' offices every day promoting and encouraging them to use the drug," says Meadows.

Wyeth coached sales representatives on how to respond to doctors who expressed concerns about the potential for breast cancers in patients who used Prempro, says Meadows. "Payne had scripts he used to try to downplay the risk of breast cancer."

Payne has since moved on to another drug company, according to Meadows.


READ MORE HORMONE REPLACEMENT THERAPY LEGAL NEWS
More HORMONE REPLACEMENT THERAPY News
Meadows believes that the letters are a weighty piece of evidence in the ongoing product liability battles against Wyeth. These battles have been running through the courts since 2002, after a major study found an increase in breast cancer in women using the drug.

Many decisions have been for the plaintiff, but Wyeth has also won several as well.
Meadows believes that the letters will demonstrate the company's liability in a clear light.


Ted Meadows is an attorney with Beasley Allen in Montgomery, Alabama. Meadows is the lead attorney in the ongoing litigation on behalf of women injured by hormone replacement therapy drugs. He is a frequent guest speaker and recently addressed the American Association of Justice on Prempro litigation.

If you or a loved one have suffered losses in this case, please click the link below and your complaint will be sent to a drugs & medical lawyer who may evaluate your Prempro HRT claim at no cost or obligation.
Request Legal Help Now