Any disgruntled consumer having filed a Skechers Shape-ups lawsuit, or intending to pursue a refund may have a bit of a wait yet. However, consumers are one step closer to achieving some degree of satisfaction after a judge approved a $40 million settlement hammered out months earlier between Skechers and the Federal Trade Commission (FTC), which accused the company of making false claims about their products. 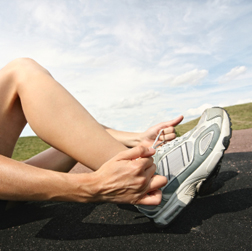 The Boston Globe (8/14/12) reports that US District Judge Thomas B. Russell has set a fairness hearing for March 19th of next year to finalize the settlement. Between then and now, the settlement has to be advertised. As well, says the Globe, consumers who have a claim against the company and who qualify for a refund will be afforded ample opportunity to object to any terms of the settlement and opt out, if they so choose.

Those who opt out, it is presumed, could move forward with a separate Skechers lawsuit.

According to MSNMoney (5/16/12), the agreement covers shoes purchased from August 1, 2008 and includes Shape-ups rocker-bottom shoes, Resistance Runner, Shape-ups Toners/Trainers and Tone-ups shoes. Consumers have an eight-month window during which to file. Once that window is closed, proponents of the settlement can determine how much of the $40 million will go to each consumer submitting a claim.

That's part of the reason for the hearing in March. The Globe reports that maximums will likely be $80 per pair of Shape-Ups; $84 per pair of Resistance Runner shoes; up to $54 per pair of Podded Sole Shoes; and $40 per pair for Tone-Ups.


READ MORE SKECHERS LEGAL NEWS
More SKECHERS News
Skechers came under the scorn of the FTC after making claims as to the health benefits of its various shoe lines that were either untrue, or beyond substantiating with reliable data. Hence, the FTC accused the company of Skechers false advertising.

Consumers were led to believe that use of Skechers toning shoes could improve their fitness and help them lose weight simply by wearing them, a claim many trainers and fitness experts have dismissed as rubbish.

Some consumers have sustained serious Skechers injuries from using the shoe.

The Globe reports the settlement covers more than 70 Skechers lawsuits that have since been consolidated in federal court in Louisville, Kentucky.

The manufacturer, it has been variously reported, has denied any wrongdoing but agreed to settle in an effort to avoid lengthy litigation expected from the consolidated Skechers Shape-up lawsuit.

If you or a loved one have suffered losses in this case, please click the link below and your complaint will be sent to a defective products lawyer who may evaluate your Skechers claim at no cost or obligation.
Request Legal Help Now

Posted by
michaeladams
on May 31, 2016
i purchased 3 pairs of skechers sneakers and they didnt even live up to their reputation
Posted by
Grace Suprovich
on May 14, 2013
i bought my skechers shape-ups and could only wear them five times as they were hard to walk in, clumsy and heavy , which the seller said they are the best selling shoes to buy. They are sitting in my basement for the past three years and are still look brand new. A big waste of my money.
Posted by
Charles Dean
on October 23, 2012
I have had my skechers shape-up shoes for about a year
and half. The shoes are a bother to my knees and I just
stopped wearing them. I do not know if my back problems
were made worse but I have had to have epidural injestions
to relieve the pain in my back. I would really just like to get
my money back because I don't like to wear them but I
hate to see them just sit there and waste the money that
I paid to get them.