A troubling issue appears to be developing with regard to a now-recalled medical device originally tested and distributed by Howmedica/Stryker following approval by the US Food and Drug Administration (FDA) in 2010. Not only are patients at large potentially affected, but also those who participated in clinical trials when the product was in the throes of pre-approval testing prior to the Stryker recall. 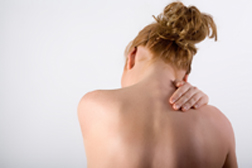 To that end, a lawsuit filed by trial participants seeks to hold Howmedica and Stryker accountable for the now-recalled device (Howmedica does business as Stryker Spine). According to a PRWEB news release (5/5/14), nine of the 14 plaintiffs in the complaint were hosts of the device during the original clinical trial. Five additional plaintiffs serve as spouses or partners of those affected, and thus have suffered losses through association.

The product was tested on various subjects enrolled in a clinical trial in the years prior to 2010, when FDA approval was granted and Stryker began distributing the devices starting on April 23, 2010. Less than three years later, an Urgent Medical Device Recall was announced.

According to documents, a pin connecting the tulip head to the plate body can be subject to fracture, posing a risk for blood loss, injury to the nerve and metallosis. The latter is the migration of toxic ions to the blood from minute particles rubbing away from metallic objects.

According to the lawsuit, Stryker is alleged to have claimed originally that CerviCore was fashioned exclusively from titanium. However, the complaint alleges that Stryker later admitted its medical device contained a combination of cobalt, chromium, molybdenum, titanium and nickel.

The lawsuit claims that most, if not all, of the plaintiffs suffer from symptoms of metallosis similar to that stemming from Stryker replacement metal-on-metal hips, or so it is alleged.

Before the Stryker recall, the medical device manufacturer originally touted the OASYS system as a breakthrough alternative to traditional methods of treatment. But it didn’t last. On May 30th of last year, Stryker issued an Urgent Medical Device Recall, advising hospitals and other health care facilities to scan inventories for recalled lots and halt their use. Three weeks later Stryker was back, advising surgeons having previously used the OASYS Midline plate to implement routine evaluations of affected patients.

The FDA also became involved, and to that end Stryker and the FDA issued a Class 1 Recall of the OASYS Midline Occiput Plate. A Class 1 recall is the most serious recall classification maintained by the FDA.

The Stryker CerviCore lawsuit also alleges that Stryker misrepresented the number of devices that failed during clinical trials. CerviCore® Intervertebral Disc vs. Fusion, THE SPINE JOURNAL, Volume 10, issue 9 Supplement, Pages S139 through S140, September 2010, reported a two percent rate for surgical intervention post-implantation. However, lawyers for the plaintiffs allege that doctors affiliated with the product knew of at least five individuals requiring surgical intervention prior to the publication of the study, bringing the rate up to 16 percent.

Documents suggest that as many as 400 individuals may have been involved in the CerviCore clinical trial, with half receiving the CerviCore device, while the other 50 percent undergoing conventional treatment as a control.

Given the percentage of study participants with alleged problems, it is assumed that a similar percentage of real-world patients who may have received the device in the 34 months during which the device was actively promoted, sold and used prior to the Stryker recall, may be affected.

Lots and product codes of the recalled devices are as follows:

The lawsuit is McGrew et al., v. Howmedica Osteonics Corp., Case No. 3:14-cv-00430-DRH-PMF, in The US District Court for the Southern District of Illinois East, St. Louis Division.

If you or a loved one have suffered losses in this case, please click the link below and your complaint will be sent to a defective products lawyer who may evaluate your stryker spinal recall claim at no cost or obligation.
Request Legal Help Now