Vytorin: "My Heart Attack could have been Prevented"


About two years ago, Deloy's doctor prescribed Vytorin to lower his cholesterol. "My doctor was taking it as well so that was good enough for me," says Deloy. "Then I saw ads on TV about how great it was and that reassured me even more—it takes care of what your mum gave you and what your wife gives you." But Vytorin didn't give. In fact, it took.

On December 10, 2007 Deloy had a heart attack. "I thought I would never have one because I'm taking Vytorin and I'm taking low-dose aspirin," says Deloy. "Even though I had high cholesterol for about 20 years, my wife is very careful in what she feeds me. I drink skim milk, eat low-fat everything. 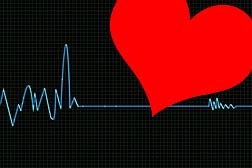 "We had gone to a family Christmas party, and in the car, about half-way back home I began to have a gas pain so I stopped and got some antacid. It didn't help. We switched seats and my wife drove. 'Do you want to look for a doctor?' she said. 'I think we should find a hospital,' I said.

We stopped at the small town of Delta and their ER was crowded due to an industrial accident. Finally someone noticed me. A nurse took me to a room and took my blood pressure, I had an EKG. She put an IV in me and gave me a shot of morphine. My blood pressure was still sky-high. On the pain threshold from one to 10, (10 is excruciating) I was a seven. After a few more shots of morphine, the pain went away but the doctor determined that I was having a heart attack.

They took me by ambulance to the Delta airport and flew me to the Dixie medical center. All in, it took about seven hours but most of that time was spent in the Delta ER trying to get me stabilized. A cardiologist gave me a heart catheterization and put me on a machine to pump air into my heart. I waited another day until I had quadruple bypass surgery.

Just after Christmas I called my cardiologist and asked him about Vytorin, right after reading that Vytorin was a fraud. He said it is better than nothing so I should continue taking it. Which I did, and still take it. I get my medicine on a 90-day mail order from my insurance company so I still have about 20 pills left. They aren't cheap so I don't want to throw them out.

About a week ago I had another follow-up with the cardiologist and I asked him again: ' Is there anything else I can be taking?' He gave me a prescription and I 'm going to set the Vytorin aside.

If I was taking something else instead of Vytorin, it might have prevented this heart attack. I felt betrayed because I was doing everything I was supposed to do to prevent this. And I do have a family history of heart disease. In fact my dad passed away 39 years ago from heart attack.

I have almost recovered from my heart attack and going to rehab three times a week. Pretty soon I will be a new man, without Vytorin. But I am still keeping close tabs on my cholesterol.

I think that Merck should have taken Vytorin off the market. These guys are in business, they are selling something but at a great expense."