Merck/Schering Tries to Wine and Dine Vytorin Back to Health


Since the results of the ENHANCE clinical tests for Merck/Schering-Plough's Vytorin combination anti-cholesterol drug were released in mid-January, sales of the drug have plunged as much as 17 percent. That's because the ENHANCE results showed that the $3-a-pill Vytorin, which combines Merck's Zetia with generic simvastatin, did no better than inexpensive simvastatin alone at lowering users' arterial plaque, and thus their risk for stroke or heart attack.

Vytorin and Zetia have been Merck/Schering's main money-makers, reaching nearly $5 billion in annual sales and accounting for nearly 70 percent of the companies' profits. Questions about the nearly two-year delay in releasing the ENHANCE results, questionable stock sales by company principals, and aggressive direct-to-consumer television advertising have led to congressional investigations of the companies' actions. Additionally, the fast-track approval of Zetia by the federal Food and Drug Administration (FDA) has brought scrutiny of the agency's entire approval process. 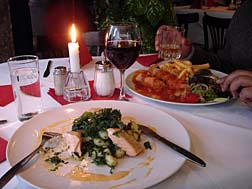 Things are not expected to improve later this month, when the American College of Cardiologists will take a detailed look at the ENHANCE results at their annual meeting. All in all, Merck/Schering dug themselves into a deep hole with their handling of the Zetia/Vytorin controversy, and are not having much success digging themselves out.

In the face of declining prescriptions, class-action lawsuits, and growing criticism from the public and the medical community, what's a pharmaceutical company to do? If it's Merck/Schering, the answer is apparently, "Try to buy your way out of it." Earlier this month, the companies initiated a new seven-week sales campaign code-named the "49 Plan".

Under the 49 Plan, Merck/Schering sales representatives are expected to spend seven weeks promoting Zetia and Vytorin one-on-one to prescribing physicians—preferably over a complimentary lunch or dinner. Schering-Plough spokesman Lee Davies says the company "has a number of ongoing sales force programs in place to help representatives correct misimpressions and mischaracterizations of Zetia and Vytorin recently presented in the media."

Less polite sources have described the campaign as a schmooze-fest designed to lure wavering physicians back into the Merck/Schering fold, test results and professional ethics notwithstanding. According to the research firm ImpactRx, Zetia and Vytorin were the topic of 26 percent of sales representative discussions with primary care physicians about cholesterol drugs in early and mid-March. That was just slightly behind the market leading Lipitor statin drug.

Merck/Schering's latest marketing measure has already attracted attention on Capitol Hill. On March 13, Sen. Herbert Kohl (D-WI), chairman of the Senate Special Committee on Aging, wrote to Merck/Schering requesting detailed information on the 49 Plan. In the letter, Kohl said, "I am troubled by any attempts to persuade physicians to prescribe a drug for any reason other than the patient's condition and the drug's effectiveness in treating it. Unfortunately, it appears that your '49 Plan' may do exactly that."

Even blunter criticism has come from the companies' own salespersons. Blogging on CafePharma, one Schering-Plough sales rep says, "This instruction that we are to have a lunch or dinner EVERY DAY— come on!!... Hey Marketing Geniuses—this isn't 1990 anymore, ya know?? Throwing money at a problem is not the way to fix things—it will only make matters worse. Have the company come clean about the study, give us some good (or even not so good) evidenced based medicine—and let us earn back the business the right way."

Another is even more outspoken, saying, "If Schering-Plough is hoping to get attention, they got it. Discussion of this plan is all over the Internet. However, this is definitely the wrong kind of attention. For a company that just created the ENHANCE fiasco, this is another stupid move. Do you have to have an IQ less than 100 to be a top executive at SP? What are they thinking?

"I seriously hope that the federal government raids Kenilworth and uncovers all the graft inside. It will be enough to put these people away for years. I've worked at a few Big Pharma companies and this one is the absolute most corrupt I've ever been exposed to, bar none!"

And that's from the people who work for them...