After a four-year battle, 232,000 former Wal-Mart workers will finally get the money owed to them. The attorney who represented the members of the class action, Louis Marlin, describes the litigation as "an extremely hard road and hard-fought case." 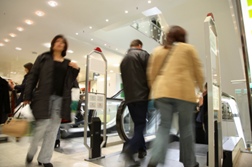 "Wal-Mart went through six different law firms. It was very arduous but we are pleased with the results and recovery we were able to obtain for our class members," he says.

Wal-Mart has agreed to resolve the suit for $86 million after Marlin successfully proved to the court that employees who quit or were terminated did not receive all the money they were due.

"The problem was that final payment procedures were done manually at the store level and resulted in ongoing errors in the final payment and, in particular, in paying terminated employees for their accrued vacation time," says Marlin.

In order to make that argument, Marlin and his team at Marlin & Saltzman waded through some one-million pages of Wal-Mart records and documents. "To give you an idea of the volume of material," says Marlin, "Wal-Mart notified the court that just to review the documents they were giving us, they had to hire over 50 contract attorneys who would be working full time for eight months just to determine if they could give the documents to us."

To actually analyze the information, Marlin & Saltzman had the documents scanned and entered into a searchable database. "Through a very detailed analysis of their computerized records, we uncovered somewhere between $10 and $12 million in underpayments," says Marlin.

In the course of examining the documents, Marlin found e-mails that he says "clearly indicated that Wal-Mart knew about the problem."

Although Wal-Mart has consistently maintained it was unaware it was short-changing terminated workers, the company agreed to pay out seven to eight times the underlying award in order to resolve any claim for penalties.

It will depend on the facts of each situation, but the settlement means former Wal-Mart employees will receive between $50 and $600 each.

The company also agreed to update its record-keeping systems. "That is one of the things we are most proud of, " says Marlin, who is a veteran wage-and-hour litigation lawyer. "As a result of our lawsuit, they instituted a highly sophisticated, modern, what I would call a 21st-century termination payout procedure, which they have acknowledged was a direct result of us bringing this lawsuit. Hopefully that will prevent this from happening again."


Louis Marlin is a name partner with the firm of Marlin & Saltzman. The firm specializes in wage-and-hour law and class-action suits. The Wal-Mart suit is the firm's third-largest case. It previously settled a case for $135 million against State Farm and a $120 million case against Allstate Insurance.

If you or a loved one have suffered losses in a similar case, please click the link below and your complaint will be sent to an employment law lawyer who may evaluate your claim at no cost or obligation.
Request Legal Help Now

Posted by
Janette Levey Frisch, Esq.
on November 15, 2010
Cases such as these show how careful employers need to be when it comes to employees' pay--whether or not employees are terminated. Sometimes the claims are contractual and other times they are wage and hour complaints. This case also shows that uniform policies and procedures and uniform application of such policies and procedures are necessary and likely would have avoided the situation that occurred with the employees that comprised this class. Finally this case shows that an employer does not need for every employee whose is not properly paid or feels they were not properly treated to complain. Sometimes a fraction of those employees complaining is all that is necessary to impact the employer. As sole in-house counsel for a staffing company (that is admittedly nowhere near the size of WalMart!) that last point is a message I try to get across to my company. Employers can and should be proactive in making sure they treat their employees appropriately. Having said that, yes, there are times when a disgruntled employee makes a baseless claim. At the same time though, taking proactive steps to be in compliance enables the employer to avoid liability saving themselves, much time, money and grief so that they can run their companies efficiently and more profitably and save the fighting for those times when it really cannot be avoided. Besides, it's the right thing to do!