An ERISA class action in association with the Yellow Freight Pension Plan is being organized in an effort to compensate employees who lost value in their plans due to imprudent investments by Plan administrators in YRC Worldwide stock at a time when the company was already struggling. 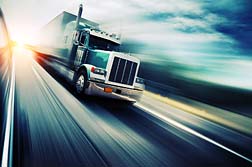 YRC Worldwide Inc., also known as Yellow Freight, the largest US trucker in terms of sales, was drowning in a sea of debt until various bondholders agreed to a massive debt swap that succeeded in removing up to $500 million in debt from the company's balance sheet.

Bloomberg reported on January 1 that Goldman Sachs Group Inc. aided the troubled company in completing a debt swap in an effort to avoid bankruptcy. It took a while to successfully complete the initiative, however, as YRC extended the deadline six times through the month of December in an effort to see it through.

The company has survived, but participants in the Yellow Freight pension plan allege that Plan administrators purchased YRC stock even as the company was failing—an allegation which, if proven true, suggests that the Plan administrators breached their fiduciary duties under ERISA guidelines.

According to ERISA guidance, administrators of an employee pension plan are required to manage the Plan and choose investments that keep the interests of Plan investors at heart. In other words, their first allegiance is to Plan investors and participants, not the sponsoring employer which may benefit from the investment in stock by the Plan.


READ MORE YELLOW FREIGHT ERISA LEGAL NEWS
According to Bloomberg, YRC Inc. took on a vast amount of debt when it acquired Roadway Corp. in 2003 for $1.07 billion, followed by the acquisition of USF Corp. at a cost of $1.37 billion two years later.

Various sources allege that YRC Inc. spent much of 2009 fighting for its life. Sponsors of the class action lawsuit allege that even though YRC Inc. had been pressed financially for 18 months, Plan administrators continued to buy and hold YRC stock when it was not financially prudent to do so. In so doing, the administrators may have caused Plan participants catastrophic losses and, in the process, breached their fiduciary duties.

The class is on behalf of Plan participants whose "Defined Contributions" and "Individual Account" plans invested in Yellow Freight stock from April 6, 2009 until the present.

If you have suffered losses in this case, please send your complaint to a lawyer who will review your possible [Yellow Freight ERISA Lawsuit] at no cost or obligation.
Request Legal Help Now