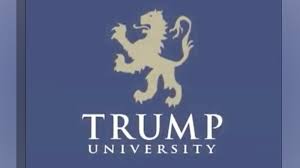 San Diego, CA: Donald Trump is facing a consumer fraud class action lawsuit brought by a California businessman who alleges he was duped into spending $35,000 on programs at Trump University. Filed in the Southern District of California, Plaintiff Art Cohen seeks to represent other buyers of the programs in a class-action lawsuit against Trump.
According to the lawsuit, Cohen learned about Trump University in 2009 through a newspaper ad. He alleges he received a "special invitation"from Trump, by mail, to the school which included two VIP tickets to a free seminar. Cohen subsequently took programs which, he alleges he would not have paid for had known he wouldn't have access to Trump' real estate investing secrets. He further alleges that Trump had "no meaningful role"in selecting the instructors and that Trump University was not a "university."

Cohen is not alone in his complaints against Trump University. According to the lawsuit, nearly a dozen state attorneys general and the US Department of Justice have received "numerous"complaints about Trump' institution. In August, New York Attorney General Eric Schneiderman filed a lawsuit against Trump and the Trump Entrepreneur Institute, formerly known as Trump University LLC, for allegedly engaging in deceptive and illegal conduct.

Cohen is seeking damages and equitable relief on behalf of himself and the class, including, but not limited to, treble their monetary damages, restitution, injunctive relief, punitive damages, costs and expenses, including attorneys' fees.