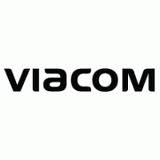 Los Angeles, CA: Viacom, parent company of MTV is facing a class action lawsuit alleging it sent out unsolicited, promotional text messages to people who voted in the 2011 Video Music Awards (VMAs), in violation of the Telephone Consumer Protection Act (TCPA).
Filed by Erin Mock of Tennessee, who voted in the VMAs, the lawsuit claims the following text messages were sent shortly after the plaintiff had voted "MTV: 'Jersey Shore' sneak peek of tonight's episode - why is Snooki lying in a bush? Watch."

Filed in the US District Court in Tennessee, the TCPA class action lawsuit states "At no point during this [VMAs vote] solicitation, did Defendant advise its viewers, including Plaintiff, that by voting, they would be consenting to receipt of future text SPAM advertisements from Defendant and/or its subsidiaries and/or employees and/or agents."

The lawsuit also states "Plaintiff and the members of the Class and Sub-Class have all suffered irreparable harm as a result of the Defendant's unlawful and wrongful conduct."

The lawsuit is seeking $1,500 per alleged TCPA violation for each member of the class.