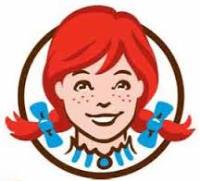 Santa Clara, CA: A data breach class action lawsuit has been filed against Ohio-based Wendy' by First Choice Federal Credit Union, alleging a five-month long data breach could have been prevented if the company had acted faster.
From October 22, 2015 through to March 10, 2016, hackers accessed Wendy' computer systems and stole what could be millions of consumer credit cards that had been used at certain Wendy' locations.

"As a result of Wendy' data breach, plaintiff and class members have been forced to cancel and reissue payment cards, change or close accounts, notify customers that their cards were compromised, investigate claims of fraudulent activity, refund fraudulent charges, increase fraudulent monitoring on potentially impacted accounts, and take other steps to protect themselves and their customers,"the lawsuit claims.

Specifically, the plaintiffs claim that Wendy' holds on to credit card information longer than necessary and failed to meet the October 2015 deadline for EMV cards and terminals.

"Despite the growing threat of computer system intrusion, Wendy' systematically failed to comply with industry standards and protect payment card and customer data,"the lawsuit states, noting that as a consequence, financial institutions have borne the brunt of the data breach.

The complaint asserts that Wendy' used outdated and easily hackable computer and credit card systems, and that the company failed to meet federal regulations and guidelines around computer and data security, stating that Wendy' "refused to take steps to adequately protect its computer systems from intrusion."

A Wendy' spokesman has said that malware was discovered by third-party investigators, but the company has yet to confirm how many of its 6,000 stores had been hacked.

Posted by
Beverly Evans
on December 4, 2018
Card used @ Wendy's in 2016.
Posted by
Treshon Nixon
on June 6, 2016
This waa so unfair to their loyal customers
Posted by
Frances E Butler
on May 4, 2016
I have bought items from Wendy's using my credit card, now how's my credit protected.