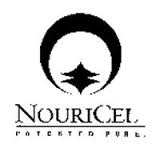 According to the complaint, TNS products are marketed for "skin rejuvenation"purposes. However, they contain a proprietary mix of human growth factors that originate from human foreskin tissue. The products are trademarked as NouriCel. The TNS creams have the ability to initiate cell division, which, according to Ruhnke' complaint, are thought to contribute to the growth of tumor cells or other abnormalities.

The complaint, filed in 2013, also claims that, in addition to lacking FDA approval, SkinMedica had not performed required controlled safety studies before marketing TNS products. Judge Carter rejected arguments from SkinMedica that TNS products aren't drugs under the Federal Food, Drug and Cosmetic Act because the growth factors they contain are "naturally occurring."

"kinMedica promotes TNS Products as 'cosmeceuticals' containing a mix of endogenous 'growth factors' for skin rejuvenation. The term 'cosmeceutical' conveys that a product is both a cosmetic and pharmaceutical,"Judge Carter wrote. "A product which occurs naturally or is derived from natural ingredients is capable of regulation as a drug."

"The thrust of defendants' argument is essentially that the evidence does not support plaintiff' claim,"Judge Carter wrote. "Plaintiff' allegations, taken as true, suggest that there are serious safety concerns associated with TNS Products."

Ruhnke is represented by Lee M. Gordon and Steve W. Berman of Hagens Berman Sobol Shapiro LLP.
Stay Informed
Get the latest on class action lawsuits, settlements & more! Subscribe to our free weekly newsletter.
Get our Newsletter!
Submit a New Complaint
Been wronged by a similar product or service?
Click here to send us your complaint.

Posted by
reyna
on September 17, 2019
This law suite was dismissed
Posted by
Stacie
on December 18, 2017
The lawsuit is a joke - they just want money from the company! The product has been around for 16 years, it's very safe. Ironic that this lawsuit happened right when SkinMedica was bought by Allergan and Allergan has some of the deepest pockets in the pharmaceutical industry.
Posted by
Anna
on June 14, 2017
I just purchased this product a few months ago and I absolutely love it, but honestly, I am going to stop using it. Nothing is worth a cancer risk!
Posted by
Susan
on January 26, 2017
I have been using the TNS products for months, and have noticed great improvement in the texture and brightness of my skin. They wete recommended and purchased at a very reputable plastic surgeon.
Should I stop?
Posted by
Kim vergara
on January 11, 2017
I started using otters skin brightening and retinal 0.5
My skin got darker and looks sun burn
Should I stop using it?

Posted by
Loretta
on December 13, 2016
I have been using several skin medica products for well over a year....Including TNS
Should I stop using them?
Posted by
Stephanie
on April 26, 2016
I use their products for exfoliation and the retinol. I am new to the type of skin care products. Should I stop use or is it only the TNS that is a problem?
Posted by
Debra Doll
on April 9, 2016
I use skin medica recovery complex twice a day and see great results. Is it not a good product?
Posted by
Barbara Day
on April 5, 2016
I have been using the TNS serum for a little over a year but never heard of there being a problem and I havent had any issues yet.. Should I stop using the product?