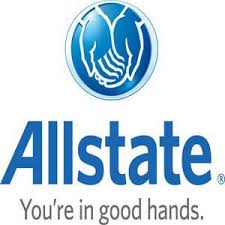 Birmingham, AL: Allstate retiree Garnet Turner is suing the insurer to protect the life insurance benefit he claims he was promised. Turner, a resident of Montgomery, Alabama, and a 32-year veteran Allstate agent, was notified by Allstate in July that the benefit would be cancelled in 2015.
Turner, who retired in the 1990s, filed suit after receiving that news. Turner began working for Allstate as an agent in 1963 and received several awards and honors over the decades. On retirement, as a benefit, he was promised a $90,000 life insurance policy for the rest of his life, at no charge to him, according to his attorneys.

The cancellation of the benefit coincides with a cost-cutting campaign by Allstate. The Chicago Tribune, in a report in July, the same month Allstate notified Turner, called the cost-cutting a top priority of the company. Turner's attorneys filed the suit in response. It is a class action for all retirees affected.

Turner is represented by Lew Garrison, a partner with the national law firm Heninger Garrison Davis. More is at stake than a broken promise, the attorneys say. Retirees like Turner, in view of their age, likely cannot get replacement insurance. HGD attorney Taylor Bartlett, who also represents Turner, explains: "Based on Allstate's promise, Turner and other retirees chose not to purchase fixed-cost life insurance at a younger age when such insurance was reasonably priced. These retirees cannot find life insurance today at reasonable rates and may be forced out of their coverage as a result."

I was notified in 2015 that my policy was no longer being paid by All State. In other words I had out lived my policy.