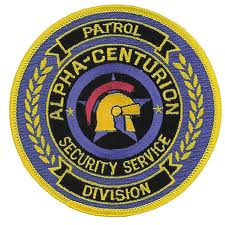 Philadelphia, PA: Alpha Centurion Security is facing a consumer fraud class action lawsuit filed by a former employee who alleges the company violated federal law by levying a large finance charge on workers who request an advance on their pay. According to the lawsuit, defendants are unlawfully imposing a 20 percent finance charge on employees' pay advances.
Filed by Jonathan J. DiBello, in the US District Court in Philadelphia, the lawsuit names Alpha Centurion, which provides security guards to private and governmental entities, as well as the company' owner and chief executive, Joanna Small, and its chief of operations, Patrick A. Panetta, who are husband and wife, as defendants. DiBello, worked for Alpha Centurion from December 2006, first as a security guard and later as a field supervisor .

According to the lawsuit, the defendant pays its employees once every two weeks. However, it has a policy of allowing its employees to obtain advances on their wages but only if the employee agrees to a 20 percent finance charge.

In the lawsuit DiBello questions whether a pay advance fee is usurious interest, whether liability arises under the Racketeer Influenced Corrupt Organizations Act for the collection of an unlawful debt, whether the company is liable for failing to make material disclosures under the Truth-in-Lending Act, and whether Alpha Centurion is liable under the Pennsylvania Wage Payment and Collection Law for failing to pay employees their full wages.

DiBello paid the 20 percent finance charge on every advance he took, according to the lawsuit, which was automatically deducted from his paycheck. Over a one-year period, provided that DiBello took a $200 advance each pay period, the plaintiff would have paid an aggregate finance charge of $1,040, nearly all of which would be usurious interest, the complaint alleges.

DiBello seeks to represent a class of plaintiffs consisting of all present and former Alpha Centurion employees who took pay advances within four years prior to the filing of the civil action.

The company is believed to regularly employ between 100 and 200 workers, many of whom have apparently taken pay advances."A class action is a superior means to fairly and efficiently adjudicate this dispute,"the suit reads. "Without a class action it is unlikely anyone would ever obtain a recovery."

Alpha Centurion has made "usurious payday advances"for years, the suit states, although to date no employee has ever brought an individual action to recover the interest charges.

The class action seeks an award of damages equivalent to three times the amount of unlawful debt withheld from employees' pay, attorney' fees, litigation costs and other court relief.

The plaintiff is represented by Robert F. Salvin of the Philadelphia Debt Clinic.