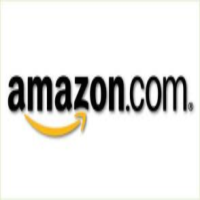 Toronto, ONT: The Canadian arm of Amazon is facing an unfair business practices class action lawsuit over allegations it unlawfully charged Canadian customers sales tax on items that are tax exempt.
According to attorneys for the plaintiffs, while the suit doesn’t name a specific amount, the plaintiffs are seeking damages equal to the amount of unnecessary sales tax, including GST, HST, PST, QST, and/or RST, that consumers were charged, plus interest and punitive damages.

“Amazon had a responsibility to either learn the laws of the province or country that they’re doing business in, and we’ve alleged that if they didn’t know that, it’s gross negligence at this point,” lawyers for the plaintiffs state.

The suit is seeking punitive damages because Amazon failed to refund its Canadian customers for wrongfully charged taxes. According to the lawsuit’s statement of claim, it will be a rate set either by the courts, provincial legislation, or the five per cent laid out in the 1985 Interest Act.

Depending on the province, the non-taxable, tax-exempt, or zero-rated supplies that Amazon failed to deduct sales tax from could include “basic groceries” (mainly edibles other than alcohol, soft drinks, frozen desserts, or junk food); baby supplies such as diapers, strollers, pacifiers, and cribs; feminine hygiene products; medical devices such as breast pumps; vitamins and minerals; and even fishing nets.

The suit asserts that Amazon has been charging sales tax on these items, misrepresenting the taxes as being due under federal and/or provincial legislation, instead of marking the items as tax-exempt.

The class action suit is open to all Canadian Amazon customers who believe they may have paid Amazon unnecessary Canadian sales tax. Plaintiffs are represented by Jeff Orenstein with The Consumer Law Group.