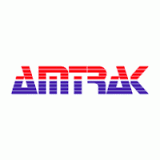 Philadelphia, PA: A class action lawsuit has been filed against Amtrak by an employee who alleges Tuesday' deadly train crash in Philadelphia caused him personal injury resulting in loss of earning power. The crash killed eight people and injured more than 200.
According to the complaint, Bruce Phillips was "deadheading" in one of the rear railcars of Amtrak Regional Train 188 when the derailment occurred. Deadheading is a practice in which a crew member is transported free of charge when they're not working. According to the complaint, when the fast moving Amtrak train derailed it struck the car Phillips was in, and he was "violently hurled" inside the railcar and his body was struck several times before he slammed onto the floor. The lawsuit states Phillips suffered serious and permanent injuries including brain trauma, multiple contusions and lacerations of the body, multiple orthopedic and neurological issues and emotional trauma. Phillips is currently in Temple University Hospital.

Furthermore, the lawsuit claims that Phillips suffered a "loss and impairment of earnings and earning power," has undergone "great physical pain and mental anguish," and will have to pay "large sums of money" for medical treatment.