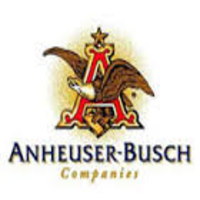 Santa Clara, CA: An unpaid overtime class action lawsuit has been filed against Anheuser-Busch (AB) alleging the brewer fails to provide proper rest breaks and adequate compensation for overtime for its delivery and store merchandise employees.
Filed this week in California state court by former temporary employee Jose Hernandez the lawsuit claims that Hernandez’s wage statement did not differentiate between hours paid at the regular pay rate and those paid at an overtime pay rate. The lawsuit further claims that his total pay didn't take into account the overtime he had worked.

Allegedly, AB also systematically denied its delivery and store merchandising workers their breaks and didn't pay them for that time.

"Defendants ... have acted intentionally and with deliberate indifference and conscious disregard to the rights of all employees in defendants' failure to pay premium pay for missed meal and rest periods, failure to pay overtime and double time, and failure to provide accurate itemized wage statements," the complaint states.

According to the allegations, Hernandez worked as a temporary employee setting up retail displays from August to October 2016, at a pay rate of $10.50 per hour. However, while working for AB, he was required to work through what was supposed to have been state-mandated break time. The defendant did not always pay Hernandez properly for the overtime and double time he was supposed to have earned, in violation of California labor law.

The hours worked in each pay period as listed on his wage statements didn't add up to the total hours he had actually put in, and the company didn't always compensate him for the overtime he worked, Hernandez claims.

Hernandez seeks to represent a class of delivery and merchandising employees for Anheuser-Busch's California business who received itemized wage statements, worked more than 3.5 hours without a break, or worked more than eight hours in a day from January 2013 to the present, according to the complaint.

Hernandez is represented by Larry W. Lee and Kristen M. Agnew of Diversity Law Group and Dennis S. Hyun of Hyun Legal APC. The case is Jose Hernandez v. Anheuser-Busch LLC et al., case number BC646330, in the Superior Court for the State of Los Angeles, County of Los Angeles.