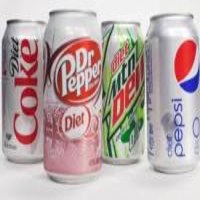 New York, NY: Three consumer fraud class action lawsuits have been filed against the big beverage makers, namely Coca-Cola Co, Pepsi-Cola Co, and Dr Pepper Snapple Group Inc, repsectively. The lawsuits allege the companies deliberately mislead consumers about the health benefits of their diet drinks, specifically that “diet” beverages have no calories, and therefore the products will assist in weight loss or management.
However, according to the complaints, the diet beverages contain the artificial sweetner aspartame, which can lead to weight gain.

“Scientific evidence demonstrates this is wrong because non-nutritive sweeteners like aspartame interfere with the body’s ability to properly metabolize calories, leading to weight gain and increased risk of metabolic disease, diabetes and cardiovascular disease,” each complaint states.

Therefore, marketing the products as “diet” is false, misleading and unlawful according to the lawsuits.

While each of the lawsuits have different plaintiffs, they all allege violations of New York laws barring false advertising and deceptive business practices, as well as negligent and intentional misrepresentation and breach of express and implied warranty. Further, each complaint asserts that aspartame is likely to cause weight gain.

The complaints cite a dozen studies and review articles in support of that claim, including a study released in August by Yale University researcher Dana Small. The study reportedly shows low-calorie drinks that taste sweet due to an artificial sweetener actually interfere with the body’s metabolism.

“In sum, calories consumed in a mismatched condition, such as when a person drinks a Diet Coke while eating food, are not efficiently metabolized at the time of ingestion, and may therefore be processed later, or stored, which can drive weight gain and further interfere with metabolism,” the Coca Cola lawsuit states. “In addition, some research has shown that sweetness, whether from sugar or noncaloric, artificial sources, increases appetite, which can lead to weight gain.”

Each of the three complaints state the plaintiffs “struggled with obesity for many years,” purchased the diet soda at issue and consumed it based in large part on the respective company’s advertising the product as “diet,” believing it would “contribute to healthy weight management” and, due to its lack of calories, wouldn’t cause weight gain.

The plaintiffs are seeking certification of proposed classes of people in New York who, on or after October 16, 2011, bought the diet beverages produced by the defendant companies. They are also seeking to recover restitution and damages for the class. The lawsuit further ask the court to prevent the companies from marketing their drinks as “diet” as long as they are sweetened with a “non-nutritive artificial sweetener” and seek an order requiring the soda makers to conduct a "corrective advertising campaign.”

The litigation against Pepsi differs in that Diet Pepsi is sweetened with aspartame as well as acesulfame-potassium and sucralose, according to the complaint.