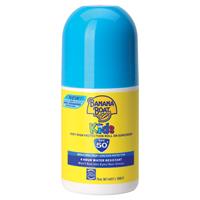 Santa Clara, CA: A consumer fraud class action lawsuit has been filed against the makers of Banana Boat Sunscreen, alleging the products do not contain the amount of sunscreen advertised.
Specifically, plaintiff Paul Lambrakis alleges he bought tube of Banana Boat Kids SPF 50 in May after a Consumer Reports study found that it and many other sunscreens were overstating their protection factor. Lambrakis then sent the tube to a laboratory in Winston Salem, N.C., for testing, according to the lawsuit. The results showed that while the product stated it was SPF 50, it turned out to have less than half the sunscreen stated on the packaging.

“The investigation concluded that Banana Boat Kids SPF 50 sunscreen, clearly labeled as containing SPF 50, shockingly contained only an SPF of 12.69 and a measured UVA protection factor of 4.88,” the lawsuit states.

“Defendants have known, or should have known, for years that Banana Boat Kids SPF 50 products contain less UV protection than Defendants advertise,” the lawsuit states. Defendants named in the suit are Playtex Products, Edgewell Personal Care Company and Sun Pharmaceutical.

According to the complaint, Lambrakis and others in the class action suit were forced to “overpay for the sunscreen based upon false, inflated SPF.”

The lawsuit comes after a Consumer Reports investigation found that 43 percent of the more than 60 sunscreens they tested failed to measure up to the SPF claims advertised on their bottles.

“In May of 2016, Consumer Reports research revealed that among ‘the most problematic products were Banana Boat Kids Tear-Free, Sting-Free Lotion…which [was] labeled as SPF 50 but [was] found to have only SPF 8,’” according to the complaint.

Posted by
life ruined
on June 18, 2018
well you guys got lucky... i used spf 15 oil spray( (FIRST TIME EVER USING ANY SPF) and had an instant reaction, hundreds of those red bumps , and a permanent allergy to sunlight. bumps come back when i go outside. THANKS FOR RUINING MY LIFE... I AM GOING TO SUE THE CRAP OUT OF YOU
Posted by
Sharon Homem
on May 24, 2018
Add me please, got very badly burned in Cuba... my three kids and myself. To the point my kids are afraid to go on vacation because they’re afraid to burn like that again.
Posted by
Sarah Gaspard
on May 4, 2018
Add me. I got sunburnt from this product even after reapplying often.
Posted by
Consumer Fred
on August 28, 2017
Banana Boat's SPF 50/Kids product, at least the one made for 2017, is dangerous for another reason: Severe eye stinging and burning, despite their promise of a no sting, no tear product.

Making the problem even worse is a compound formulation that makes the product not only stick to where it is applied and resist being washed off, but also SPREAD to adjoining areas intentionally left without lotion...such as the eyes.

I sustained stinging and eye cloudiness for over three days from this horrible product, as it also resists being flushed from the eyes!

I consider the product dangerous and unsuitable for either adults or kids, irrespective of the SPF factor issue.

Has anybody else had this problem with the current formulation? Why isn't there a class action suit regarding the danger to product users' eyes?