An investigation has begun into a possible class action lawsuit regarding the serious mismanagement and improper business practices at The Bear Stearns Companies, Inc., including the recent sale of Bear Stearns to J.P. Morgan Chase & Co. Employees of Bear Stearns may have been negatively affected by the sale because Bear Stearns shares were sold for so low a price. 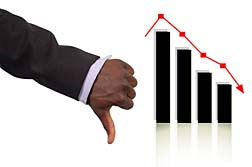 In fact, Bear Stearns shares are being sold for a price of only $10 a share, approximately $1.1 billion in all. As recently as January 2007, Bear Stearns was worth $20 billion. However, Bear Stearns risky business practices and massive exposure to subprime mortgages caused customers and investors to lose confidence in the company, and the value of Bear Stearns stock plummeted.

In 2007 the Bear Stearns Employee Stock Ownership Plan (ESOP), funded by the company, held approximately $285 million in Bear Stearns stock. Under federal law, ESOPs should mainly be invested in employer stock, which would generally make them exempt from liability if the stocks didn't perform well. However, if the fiduciaries knew, or should have known, that the stock was about to seriously decline, this protection would not apply.

If you are a current or former employee of Bear Stearns and held shares in the company's Employee Stock Ownership Plan or other retirement plans, it is vital that you contact a lawyer as soon as possible to determine if you are eligible to join a class action lawsuit.

Bear Stearns Faces Multiple Lawsuits
Bear Stearns faces multiple lawsuits following the company's recent collapse and sale to JPMorgan Chase & Co. Allegations made in one of the lawsuits could bolster investor complaints that Bear Stearns officials knew there were problems with the company's finances while still telling investors that the company was fine.

Bear Stearns Sale has Far-Reaching Implications
The recent rescue and sale of Bear Stearns has many implications for the economy, for business students and for employees of the company who had invested in Bear Stearns stock. Now, many employees are investigating a possible lawsuit against the company, alleging that fiduciaries knew or should have known about the decline in stock value.

Bear Stearns: Stocks Wiped Out
Andrew S. is a former employee at Bear Stearns who lost money in the recent sale of Bear Stearns to J.P. Morgan Chase & Co. Andrew says that he is upset not only at losing money, but that company officials told shareholders that the stocks were fine. He, like many others affected by the sale, is interested in pursuing a lawsuit against Bear Stearns for allowing the situation to become so dire.

Bear Stearns: Personal Fortunes Wiped Out Overnight
As the bewilderment and disgust over the Bear Stearns debacle washes through Wall Street, it is becoming clear that no one is going to let the firm go for the disparaging price of $2 a share. The current figure bandied about by JP Morgan Chase, the hopeful suitor, is now $10 per shareâ€"and that figure might go even higher if rival bidders step up to the plate in an effort to gain control of the beleaguered trader.

The Bear Stearns Blame Game
It seems that Bear Stearns is blaming everyone but themselves. However, the Securities and Exchange Commission is looking into whether or not it was market rumors that led to the firm's demise. If so, such rumors would cause investors to pull their funds and provoke lenders to cut off their credit, leaving the firm wide open for J.P. Morgan Chase to grab it up at $2 per share. It was either agree to the buyout by Chase or file bankruptcy. Bear Stearns agreed to the buyout.

Bear Stearns: The Bear is Silenced, The Investors Buffaloed
At news that JP Morgan, with an assist from the Federal Reserve had scooped up beleaguered Bear Stearns at a fire sale for $2 a share over the weekend, the financial world suddenly felt the cold wind that they had been hearing off in the distance for months. But pity the shell-shocked Bear Stearns investor, whose stock was worth $170 dollars a share or more, just a year ago.

If you have suffered losses to your Bear Stearns ESOP employee plan or other Bear Stearns retirement plan, please fill in our form on the right to send your complaint to a lawyer to evaluate your claim at no cost or obligation.

Stay Informed
Get the latest on class action lawsuits, settlements & more! Subscribe to our free weekly newsletter.
Get our Newsletter!
Submit a New Complaint
Been wronged by a similar product or service?
Click here to send us your complaint.
RELATED NEWS
More News