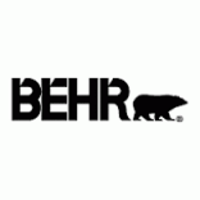 Santa Clara, CA: An employment lawsuit alleging violations of the Fair Labor Standards Act and California labor law has been filed by a field representative for Behr Paint Corp. The defendants are Behr Process Corp., Behr Paint Corp. and Masco Corp.
According to the action plaintiff Ryan McBain alleges he was employed as a field representative by the defendants and assigned to different Home Depot stores. He claims his responsibilities were answering customer inquiries, replenishing stocks and maintaining store displays. He alleges he was required to prepare time-consuming reports and shuttle between stores and was misclassified as exempt from overtime pay and was not provided with proper meal and rest periods.

McBain claims the defendants failed to adequately compensate him for his work as a field representative. The suit also claims that the defendants allegedly failed to keep accurate payroll records of hours worked, meal periods taken, and overtime worked by their employees, refused to pay any overtime compensation to employees for hours worked in excess of 40 hours per week and refused to provide adequate meal and rest periods.