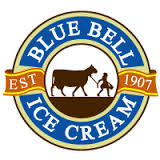 Washington, DC: Blue Bell Creameries of Brenham, Texas, is recalling all of its products currently on the market because they have the potential to be contaminated with Listeria monocytogenes. Samples taken by the firm showed the presence of Listeria monocytogenesin Chocolate Chip Cookie Dough Ice Cream half gallons produced on March 17 and March 27, 2015.
This recall includes ice cream, frozen yogurt, sherbet and frozen snacks made at all Blue Bell facilities. Blue Bell has facilities in Brenham, in Broken Arrow, OK, and in Sylacauga, AL, and FDA currently has open investigations at facilities in each of these locations.

The Centers for Disease Control (CDC) reports that as of April 20, 2015, a total of ten patients infected with several strains of Listeria monocytogenes were reported from four states: Arizona (1), Kansas (5), Oklahoma (1), and Texas (3). Illness onset dates ranged from January 2010 through January 2015. All ten patients were hospitalized. Three deaths were reported from Kansas within the last year. Three strains associated with these case patients have been identified in products manufactured at either the Blue Bell production facility in Broken Arrow, Okla, or Brehnam, Texas.

The U.S. Food and Drug Administration along with the Centers for Disease Control and Prevention (CDC) and state and local officials are investigating an outbreak of listeriosis potentially linked to certain Blue Bell Creameries single serving ice cream products. Listeriosis is caused by the bacterium Listeria monocytogenes. The CDC and the Kansas Department of Health and Environment report that there are five patients who were treated in a single hospital in Kansas and who were infected with one of four rare strains of Listeria monocytogenes. Three of these strains, which are highly similar, have also been found in products manufactured at the Blue Bell Creameries production facility in Brenham, Texas. The most recent illness onset date was January 2015.