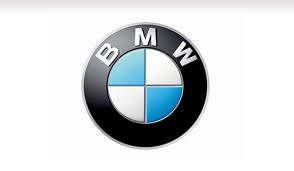 San Francisco, CA: A defective products class action lawsuit has been filed against BMW North America LLC alleging the alloy wheels used in 2007-2012 BMW Z4 sports cars are prone to cracking, making them a safety hazard. Additionally, they are expensive to repair.
Filed by Barry Jekowsky, the lawsuit, entitled Jekowsky v. BMW of North America LLC, Case No. 13-cv-02158, US District Court for the Northern District of California, states that BMW "knowingly and purposefully failed to disclose to consumers that the BMW alloy wheels had an unreasonably short lifespan and would require far more frequent replacement than reasonable consumers would expect."Further, the complaint alleges that despite BMW knowing of the defective alloy wheels, the company continued to install them on the vehicles and failed to include them in its four-year/50,000 mile warranty.

Jekowski claims his vehicle' alloy wheels suffered two cracks within the initial year of leasing a new 2011 BMW Z4. On both occasions the wheel and tire damage was not covered by the warranty, resulting in his paying approximately $2,000 out of pocket to repair the defective products. He further claims that had he known about the problem with the alloy wheels in advance of leasing the BMW Z4 sports car, he would purchased the vehicle with different wheels, or not paid the price he had for the existing product.

The lawsuit is filed on behalf of all current and former owners and lessees of a 2007-2012 BMW Z4 vehicle that either came equipped with alloy wheels or who had them installed after purchase. Plaintiffs are represented by Mark Andrew Chavez of Chavez & Gertler LLP.

Posted by
Jodi Sieracki
on March 17, 2019
My 2013 BMW 750LI M SPORT. I have been replacing rear tires every 6 months for wear. Two days ago the tire light for low psi came on had about 27 psi. I filled the tire with air. The next morning the run flat had 10psi. No one keeps this run flat in stock so had tire replaced with a slightly used tire. I drove ten miles parked the car for 20 min. When I returned the tire was flat. Come to find out I have 4 cracks in the rim and that is why the tire couldnt hold air.
Posted by
John Sangvera
on January 27, 2016
Bought a 2014 bmw 328i and I found out that they sold me 20" rims on this particular car and it does not meet the minimal load rating requirement of the car. (Tire is rated at 90 for the front minimal rating is 95)

This has caused many issues from alignment to steering, tire pressure sensors going off all the time, I also experienced many times where the tire will lose grip on braking and the car inches toward a lot before stopping.

Do I have a case?

Posted by
Dawna
on January 24, 2016
Original owner 2006 550i. Replaced cracked rear drivers side in July 2010. About to replace cracked rear passenger side January 2016 .. hoping for some help.
Posted by
stan golin
on January 13, 2016
Terrible rims and wheels in my 2013 BMW 650 Xi
Posted by
Deana Ruth May
on November 24, 2015
I sent in my forms and pictures to be included in the class action suit but haven't gotten any response as far as reimbursement. Where can I find out if I will be reimbursed?