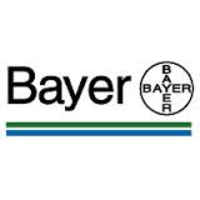 Calgary, AB: Bayer Inc, is facing a Xarelto class-action lawsuit filed in Calgary alleging its blood thinner is linked to dozens of deaths. The lead plaintiff in this class action alleges that the anticoagulant drug caused her to suffer from an uncontrollable bleeding event which nearly led her to cardiac arrest.
According to reports published in the Calgary Sun, as of March 2015, Health Canada had received an estimated 1,100 adverse event reports from patients taking Xarelto. The article indicates that, according to a lawyer from Toronto, if the class action is successful, "...it would be in the millions of dollars."The Calgary Sun report also discussed the likely formation of another class action suit in Ontario at this time.

This Canadian class action lawsuit closely follows the formation of Multidistrict Litigation number 2592 in the United States by the U.S. Judicial Panel on Multidistrict Litigation. This MDL consolidated and transferred over 2,800 lawsuits filed in reference to Xarelto by plaintiffs who allege much the same. These lawsuits are additionally joined by another group of 620 Xarelto lawsuits which have been formed into a mass tort program by the Court of Common Pleas in Philadelphia, Pennsylvania. Lawsuits in these groupings have been filed against defendant Bayer AG as well as Janssen Pharmaceuticals, a subdivision of Johnson & Johnson corporation.

In the US, the FDA has given the blood thinner two "black box"warnings, which are the severest warnings a product can receive before it is removed from the market for public sale.

The plaintiff in the Canadian Xarelto class action is represented by Toronto lawyer Bryan McPhadden.