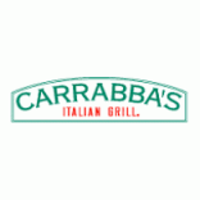 Santa Clara, CA:: An national unpaid overtime class action lawsuit has been filed against restaurant chain Carrabba’s Italian Grill LLC, alleging the company failed to compensate its employees for overtime worked, in violation of the Fair Labor Standards Act (FLSA).
Filed by lead plaintiff and former restaurant manager Kyley Reining, the suit claims that the pattern of wage and hour violations by Carrabba’s is nationwide, affecting employees in all of its 242 restaurants across the county. The suit also names the Tampa-based parent company, Bloomin' Brands Inc., as a defendant.

According to the proposed class action, Reining worked for Carrabba’s as a kitchen manager in Amherst, New York, from January 2013 to May 2015. During that time she primarily performed the functions of an hourly employee, frequently working in excess of 60 hours per workweek. However, Carrabba’s did not pay her “premium” overtime pay when she worked over 40 hours in a single workweek as a restaurant manager, the complaint states.

Reining alleges Carrabba’s classifies all restaurant managers as being exempt from the overtime pay under the provisions of the FLSA, when in fact they should be classified as non-exempt, according to the suit.

Restaurant managers at Carrabba’s must perform the same non-exempt duties as those of hourly employees, spending the majority of their shifts greeting and waiting on customers, expediting and serving food, cooking and preparing food, as well as clearing and setting tables, and cleaning the restaurant, Reining states in the complaint.

The suit names Bloomin’ Brands as a defendant, alleging the parent company maintains control, oversight and direction over Carrabba’s employees, including timekeeping, payroll and other employment practices.

Specifically, the suit seeks to represent a class of current and former restaurant managers nationwide who elect to opt in to the suit under the FLSA’s collective action provision to remedy Carrabba’s violations of the act’s wage-and-hour provisions, according to the complaint.

Reining is seeking an award of damages, including unpaid wages and unpaid overtime wages and required employment taxes to be paid by the defendants.

Reining is represented by Jeffrey A. Klafter of Klafter Olsen & Lesser LLP. The case is Reining v. Bloomin' Brands Inc. and Carrabba’s Italian Grill LLC, case number 8:17-cv-00820, in the U.S. District Court for the Middle District of Florida.

Posted by
Austin Messich
on April 16, 2019
Probably should look into all of Bloomin Brands restaurants this is very common on how they operate. I know from personal experience. Extra work before and after shifts but still being paid $2.15 a hour.