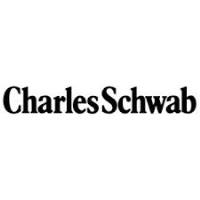 Santa Clara, CA: A class action alleging violations of the Employee Retirement Income Security Act of 1974 ("ERISA") has been filed in the United States District Court for the Northern District of California against the Charles Schwab Corporation ("Schwab") and certain of its subsidiaries on behalf of the participants in the 401(k) plan Schwab offered to its employees.

The complaint claims that Schwab included among the plan's investment options certain mutual funds and collective trusts that were affiliated with Schwab, which allowed Schwab and its subsidiaries to collect unreasonable and excessive fees from its employees' retirement savings. The complaint further alleges that Schwab imposed improper charges through a self-directed brokerage program, and used for its own purposes unallocated cash belonging to the 401(k) plan.

Participants in the Schwab 401(k) Plan may be members of the class.

If you or a loved one has suffered similar damages or injuries, please fill in our form on the right and your complaint will be sent to an employment law lawyer who may evaluate your claim at no cost or obligation.