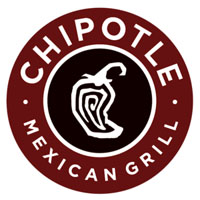 West Hartford, CT: A securities lawsuit seeking class action status has been filed in the United States District Court for the District of Colorado on behalf of purchasers of the common stock of Chipotle Mexican Grill, Inc. ("Chipotle" or the "Company") (NYSE: CMG) between February 1, 2012 and July 19, 2012, inclusive (the "Class Period").

The Complaint alleges that Chipotle and certain of its officers and directors violated the federal securities laws. The Complaint alleges that defendants issued misleading statements regarding the Company's business and prospects. Specifically, defendants failed to disclose the following: (i) Chipotle did not have the pricing power to implement price increases sufficient to offset rising food costs and, as a result, the Company's margins would be under pressure as Chipotle would be unable to pass these commodity costs off to the consumers; (ii) demand for Chipotle was slowing due to the economy and increased competition and could not support the Company's aggressive 2012 earnings forecasts; and (iii) Chipotle was experiencing a deceleration of growth as it was becoming a mature company.

If you have suffered from financial losses, you may qualify for damages or remedies that may be awarded in a possible Chipotle Mexican Grill, Inc securities class action lawsuit. Please fill in our form on the right to submit your complaint for a free evaluation.

Posted by
Barbara jones
on May 23, 2016
I, was all ways sick after eating from chipotle ..my son got dick in the resteraunt