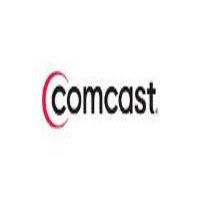 Santa Clara, CA: A consumer fraud class action lawsuit has been filed against Comcast alleging it charges leasing fees to subscribers for cable box modems the consumers personally own.
Filed in Florida federal court, the suit claims that plaintiffs Jon McDougal and David Fiessinger Jr. were billed for fees that they did not owe to Comcast Corp., including cable box leasing fees. The named plaintiffs seek to represent a class of tens of thousands of consumers who were similarly billed fees they didn’t owe Comcast. The suit alleges Comcast has violated the Florida Deceptive and Unfair Trade Practices Act.

“The billing for these fees is immoral, fraudulent, oppressive, inappropriate and not contemplated by any express or implied agreement between plaintiff and defendant,” the complaint states.

The plaintiffs are seeking restitution and disgorgement of Comcast’s related revenues, punitive damages, costs and attorneys’ fees, a summation of which they estimate will total at least $5 million, according to the complaint. Additionally, the complaint asks that Comcast be enjoined from continuing the practices and that it be ordered to engage in a corrective advertising campaign.

The case is McDougal et al. v. Comcast Corp., case number 9:16-cv-81906, in the U.S. District Court for the Southern District of Florida.

Posted by
Katherine DeWitt
on October 9, 2017
I wonder how much I was overcharged? I've been a concast subscriber for years. Sign me up on this suit.
Posted by
MP L
on April 29, 2017
I was subscribed to them for YEARS. Would like to learn more about this one.
Posted by
Jamie Huddleston
on February 13, 2017
For a number of years Comcast was used for internet , television, and telephone say throughout 90s to 2000-2014