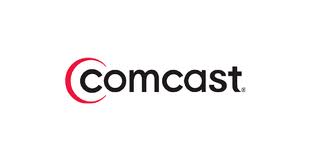 New York, NY: Comcast is facing an unfair business practices class action lawsuit filed by business-class customers who allege the cable services provider charged them early termination and Internet equipment fees, which is in violation of their business agreements.
The lawsuit, entitled Datascope Analytics LLC et al. v. Comcast Cable Communications Inc., Case No. 13-cv-608, U.S. District Court for the Eastern District of Pennsylvania states: "Under the SOA and the terms and conditions, Comcast may only impose an [early termination fee] if a business-class customer cancels service prior to the end of the service term set out in a SOA that the customer signed."Further, "As such, Comcast has repeatedly breached its contracts with its business class customers by imposing an [early termination fee] on customers who attempted to cancel their business-class services after fulfilling their service term, when Comcast had auto-renewed their agreement, without the execution of a new SOA."

The plaintiffs also claim that Comcast improperly charges early termination fees to customers that must cancel business-class services when they move to new office locations outside of Comcast' service area; and that the company allegedly increased the fees it charged for Internet equipment in violation of the SOA and Comcast' own terms and conditions.

Plaintiffs are represented by Cohen Milstein Sellers & Toll PLLC and the Law Office of Angela Edwards.

Today I spoke with an executive customer service rep from Comcast Chris at (615) 750-8990 in regards to this complaint. He called to reiterate Comcast’s position concerning this dispute. To the first complaint that we were slammed when we moved within the same zip code in TN, (we were not informed before we transferred the service that our package was no longer “available” and that the new package would be $10 more per month), he stated that after I spoke to customer service and they had agreed to honor the price that we previously had, the next bill had a statement on it that explained that this was a discounted price and we would be charged an early termination fee if we cancel the service prior two the completion of two years of service. My response to this is 1) I was never informed of this by Comcast representatives that there was an early termination fee, so by the time I would have received the statement I would not have any recourse of action. Also, this is the first time that I have heard that it was written on the statement. I, like everyone else, do not read every word on statements that I receive on a monthly basis, looking for new terms of the contract!! and 2) to the point that we should not be responsible for a contract for cable tv service if we have to move to an area for employment that is not serviced by Comcast, the representative stated that this is fair, being that we are receiving a discounted price. My response to this is $10 a month is not a DEEP discount.! But that is beside the point. We had an agreement with Comcast for one price, called to find out the terms for relocating the service within the same zip code and were told that there would be NO extra charge! We were not informed at that time that our package was no longer available and that we would have an increase of $10 per month for the same service. If I would have been informed of this I would have shopped other cable TV providers to be sure I was getting the best deal. I know that we are not the only consumers that have been affected by this, as you can see complaints all over the internet. This is clearly unfair business practices and they should be stopped and customers should be reimbursed if they payed and in our case, we didn’t pay, they should credit our account and withdraw the charge from the collection agency they employed to collect this debt, and the charge should be removed from our credit report.