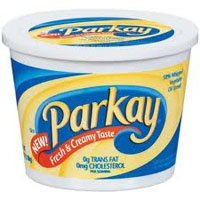 Washington, DC: ConAgra Foods is facing a consumer fraud class action lawsuit over allegations they intentionally misrepresented the contents of Parkay Spray butter substitute.
Nebraska resident Pamela Trewhitt filed the lawsuit claiming that ConAgra falsely marketed the butter substitute as "fat-free"and "calorie-free,"even though it contains 832 calories and 93 grams of fat per 8-oz bottle. The lawsuit also claims that the nutrition information on the label underestimates the amount of fat and calories in the products by using artificially small serving sizes of one to five sprays.

"Defendant knew or should have known that its product was mislabeled and engendered confusion among consumers," the lawsuit states. It cites numerous Internet complaints about the spray by consumers who couldn't figure out why they weren't losing weight until they discovered that Parkay Spray was the culprit. "I was literally taking the top of the 'fat and calorie free butter' spray and pouring it on my carefully steamed veggies when I found out that a bottle of that stuff is 90 fat grams. I was going through two bottles a week, and working out and getting fat and unhealthy,"one plaintiff alleges.

The lawsuit accuses ConAgra Foods of violating the Nebraska Consumer Protection Act, intentional and negligent misrepresentation, reaping ill-gotten profits, and fraud. Plaintiffs are seeking more than $5 million in damages as well as an injunction barring ConAgra from labeling Parkay Spray as fat-free and calorie-free.