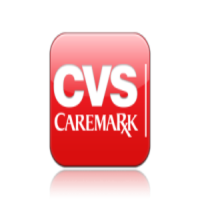 Santa Clara, CA: CVS is facing a potential consumer fraud class action lawsuit alleging the it has engaged in a massive fraudulent scheme with third parties to increase generic prescription drug costs for consumers who buy them using insurance. The goal of the scheme is allegedly to increase profits.
According to the lawsuit, filed in the U.S. District Court for the District of Rhode Island, CVS knowingly colludes with third-party pharmacy benefit managers (PBMs) to raise the prices of generic drugs, charging consumers what it calls a “co-pay.” However, a significant portion of this amount in fact goes back to PBMs. CVS also earns more money from the transaction compared to customers who don’t use insurance.

According to attorneys for the plaintiffs, “when customers go to CVS to fill their prescription, they assume they should use insurance to buy their drugs. In fact, pharmacists often insist on getting customers’ insurance information, even if the customers don’t want to use it. Now we know why – pharmacies are making more money from insurance purchases than cash purchases because of the secret deals they reached with PBMs.”

The lawsuit alleges CVS engages in is a two-pronged drug pricing scheme and has done since at least 2010. This scheme allegedly violates the Racketeer Influenced and Corrupt Organizations (RICO) Act and federal ERISA laws.

In the first part of the scheme, customers who use their insurance to fill prescriptions at CVS are actually charged a higher price for the same medication than those who pay with cash or don’t use their insurance, according to the suit. CVS does not informs customers that they can save money by not using insurance, the complaint claims.

Megan Schultz, named plaintiff in the lawsuit, alleges she used her insurance to purchase a certain generic drug at her local CVS. Under her plan she paid $165.68, but if she had paid cash, without using her insurance, she would have paid only $92, a 45 percent difference that CVS never told her about.

Further, the second part of the scheme involves CVS overcharging customers by collecting “co-pays” that exceed the pharmacists’ price and profit, again unbeknown to the customer, according to the complaint. CVS gives this extra cash back to PBMs, again part of an undisclosed agreement between the PBMs and CVS, the complaint alleges.

These contracts between CVS and the PBMs are sealed from public view under strict confidentiality agreements, barring consumers from ever learning the true source of their drug cost.

Under ERISA, CVS has an obligation as a fiduciary to act “solely in the interest of the participants and beneficiaries,” according to the suit. Plaintiffs believe that by engaging in this alleged fraudulent scheme, CVS has failed to uphold this duty. Further, by basing its profits in this collusion with a third party, it has created a blatant conflict of interest that harmed its customers.

Plaintiffs are represented by Steven Berman of Hagens Berman.

Posted by
James Harper
on January 12, 2019
sometimes your medication is a different price , each time you go
Posted by
Monica Driver
on February 8, 2018
I'm upset about this I trusted CVS to give me the best price. I was told this could happen but did not believe it until it happened to me when I checked the price of Morton. I guess I will go back to Rite Aid.
Posted by
IKE HAMMOND
on October 15, 2017
I've used cvs over forty years for my drugstore service, without insurance, and now with insurance. But I didn't know that was what they was doing.
Posted by
Sandra Peters
on September 21, 2017
I feel CVS has taken advantage of Medicare customers as well as United Health whom I have coverage with both pf them for years and CVS has been my prescription provider for almost 27 years.
Sandra Peters
Posted by
Jill Cobb
on August 14, 2017
IMO, being ripped off a few dollars pails in comparison to the hell I'm living from the physical damages of levoquin and cipro.
Posted by
shawn short
on August 13, 2017
I experienced the same exact issues with multiple CVS stores over a 8.5 yr period. Both with insurance and cash. I would also call ahead minutes before I walk in to confirm the price and quantity just to get referred to another location where the same practice would occur
Posted by
allan stanton
on August 11, 2017
CVS actually browbeats you in the pharmacy line if you ask to pay CASH and not use your insurance, for years they did this to me, now we know why.
happened me too In fact, pharmacists often insist on getting customers’ insurance information, even if the customers don’t want to use it
kickbacks from racketeering now we know the reason for so many mergers and the last big one!! volume of scripts generates more profits with PBMs.

Posted by
karin mclellan
on August 8, 2017
I have been a customer for years with CVS and caremark