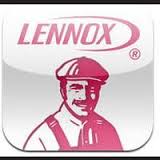 Chicago, IL: Lennox Air Conditioning is facing a defective products class action lawsuit alleging its air conditioning units are susceptible to formicary corrosion as a result of the deficient materials used in the manufacture of its coils. The lawsuit further alleges that Lennox has not informed its customers of the defect, even when it is called to replace failed coils in existing units. This conduct, the lawsuit claims, means that customers are unable to make informed decisions regarding the purchase of a Lennox Air Conditioner.
Formicary corrosion is a particularly insidious defect in an evaporator coil because the resultant leakage is difficult to detect, and usually results in consumers being forced to repeatedly refill their air conditioners with Freon, often at significant cost, which only works to mask the defect for a period of time, until the leak is detected and the coil needs to be replaced.

Lennox Coils are defective because they are manufactured with materials that, within the industry, are well known to be prone to formicary corrosion, which makes the Lennox Coils unreasonably susceptible to premature rupture and refrigerant leaks under normal use and conditions.

The federal class action, filed by Plaintiff Robert Thomas, of Illinois, is brought on behalf of the following nationwide consumer classes (the "Classes"):

All persons residing in the United States who purchased a Lennox AC containing a Lennox Coil, primarily for personal, family, or household purposes.

All persons residing in the United States who purchased a Lennox AC containing a Lennox Coil, primarily for personal, family, or household purposes, and who paid to replace a Lennox AC evaporator coil.

Plaintiff also seeks to represent a subclass defined as all members of the Classes who reside in Illinois.

Posted by
Kathy D Woods
on July 29, 2018
I have a defective Lennox coil that was bought in the time frame described as bought in 9/2014. It is saying that I cannot file for the class action lawsuit as it expired 2/2016. This is crazy, as my HVAC Co. told me that we were eligible for reimbursement. Some people on here are saying that it has to be replaced twice. I spent money on refrigerant and also cost and labor of the new coil. So what do I do now? This is horrible for customers!!
Posted by
peter fornaciari
on July 18, 2018
Andrews AC Co., in Ft.Walton Bch., Fl. 32578, installed the entire AC system, in late 2014, with a Lennox AC, Air Handler, and Coil system.Two years ago, I called Andrews for a check up, because my house was not cool enough.They found a leak in the coil that needed to be replaced.I had to pay, close to $400.00 for work, and Freon used.Last week, On 7-13-2018, I had the same situation in my house, not cooling enough.This time I called Mills AC Co., from Ft. Walton Bch, Fl, to see what was going on with my AC unit, not cooling enough inside of the house.They showed me that I had a leak in the coil.Oh, my God, again, I said.Well, they called later from their office, and said that it is going to cost me in excess of $800.00 for labor and for more than 4 pounds of Freon used, already.However, they informed me that There is a legal Law Suit against Lennox, for these repeated Coil failures and leaks, and that is what I want to do, and join the many people who are suffering this uncomfortable and unacceptable situation.
Posted by
Margie
on April 16, 2018
I am in the same boat! I did not even know about the Lennox coil issue and this lawsuit until a few days (April 2018) ago when during a routine maintenance check a leak was found!! I bought unit in 2012. I went to the website to file out claim but I get an invalid original coil date of purchase. I have called the hotline - Automated. Very discouraging reading the comments re: compensation! What can I do?
Posted by
Paul
on October 11, 2017
I submitted my claim over a year (coil replaced for new home in 2014), ago, a lot of waiting, back and forth., emails, phone calls etc. A lot of waiting, and bs like almost everyone else.

I was told today via email that I was eligible for $75, and not the full reimbursement because I had to have the coil replaced twice in order to be eligible for full repair/replacement costs.

Not once in the notification, or during the process was I told I needed to have it replaced twice, but that's what it is if you've had it replaced once. I was given the reference and told denied full cost, I could take $75 if I applied for the reimbursement.

Posted by
mark
on October 11, 2017
Our house was built in October of 2014. SO 3 years later the leak was so bad that the 5 or so pounds that the HVAC tech put in it lasted 3 days. We had it replaced but there goes Christmas money...... it is a shame on Lennox which is a pretty reputable company for the most part.
Posted by
George San Nicolas
on July 24, 2017
I bought my house in October 2010. The AC worked find until about 2015. Since then I had it service three times for low freon. According to every tech that had serviced the AC, freon should last quit a long time and being low usually indicate a leak in the system. This month (7/2017) I decided to hire for AC maintenance. Again the tech found, among other issues, that the freon level was low. again. I hired another company to do a leak test and that tech determined by an electronic leak detector that the evaporator coil is leaking. My question is, how can I determine if my unit is part of the class action suit. Perhaps a list of model/serial numbers I can refer to.
Posted by
Sean
on July 21, 2017
My new home is 5 and 2/3 yr old ( new lennox installed in 2011. My Lennox AC had freon refill last year. Now, July 20, 2017, it fails again. Please keep me posted about the news on lennox coil, thanks.
Posted by
Glenna Stewart
on July 5, 2017
We purchased a Lennox A/C unit that was installed 6/13. It appears that when it was installed, there was already something in the works about a problem with the coil. We have had to have it serviced every year since and pay for more coolant to be added. Finally, this year, we hired an A/C company to install a leak search and voila! There was a leak in the coil! It has been repaired, but only after great cost to us.
Is it too late to hold the company responsible? If it is too late to file a claim on the class action suit, I would like to pursue it independently.
Posted by
Tom Hartman
on June 17, 2017
I have submitted all paper work for the claim for the installation of the coil twice the last bing 7/3/16 and have not heard back yet even though I was approved for reimbursement still waiting.
Posted by
Rick & Helen M.
on May 16, 2017
We also filed our claim in 2015 and sent the appropriate documentation. We have emailed the administrator on many occasions and were instructed to "check back periodically", which we did. We live in the Central California Valley and because we have had no action whatsoever from the Lennox Settlement Administrator, we have had to purchase a new HVAC and you can be sure it is not another Lennox product.

I can envision that the legal teams working on these claims are enriching themselves with numerous billable hours while we who received shoddy pieces called Lennox HVAC's are waiting for some meaningful resolution.

Posted by
Paul P.
on May 1, 2017
I filed my claim in 2015, KCC asked for more info in March 2017. I submitted additional information, and still nothing. They've gone radio silent on my emails, their customer service hotline is a joke, you can't talk to anyone. KCC made everyone who filed wait over a year, going on 2, and still haven't paid anyone on their claim.
Posted by
terry
on July 29, 2016
i just saw this page and noticed that the lawsuit date already passed, there must be several hundreds of people who in the last 5-6 years had coils leak and pay for refrigerant all the time, my air conditioner company finally changed the coils after many years of problems, It took another a/c company to take a picture of coils in attic to show me what was happening. Is there any current class action lawsuits that I could join to get some compensation?
Posted by
Robin
on June 17, 2016
Lennox a/c unit installed Aug of 2013. Having to have filled with freon ever time we turn around..
Posted by
Marc shuldiner
on June 10, 2016
Lennox is clearly liable .. Also ECM THE MAINTINENCE CO WHICH INSTALLED IT ALSO IS KNOWINGLY INSTALLING AND REPLACING DEFECTIVE COILS.
Posted by
Philip Roddy Jr.
on May 18, 2016
Lennox never had any problems like this when the air conditioners were manufactured in Columbus Ohio. I guess you get what you pay for.
Posted by
Jean Chagnon
on December 29, 2015
Our air conditioner unit has to be replaced because of the corrosion. Our unit is 5 1/3 yrs old.we would like to be in the class action suit
Posted by
Admin
on October 23, 2015
Here is the website for filing claims for the Lennox settlement: https://www.evaporatorcoillawsuit.com/Home.aspx
Posted by
Ronald &Cyndy Brooks
on October 21, 2015
I need to know how to file a claim with the Lennox lawsuit. Please contact me @ my email address.
Thank You!
Posted by
Don Frank
on October 21, 2015
I received info about the evaporator coil class action lawsuit but do not know if the unit I bought has the "copper" coil or not I saw the diagram in the lawsuit handout but see no way that I can access that part of my furnace and I also don't see where it is located in the air conditioner. My furnace is a Lennox SL280V Model # LC42/49K9GB Serial # 7113KY8818 and mt A?C Unit is M/N XC14-048-230-07 Serial # 5813K08034 I need to know if my units are affected or not. PLEASE ADVISE!! THANKS
Posted by
New Jersey
on August 2, 2014
Defective Lennox Air Conditioner that seems to fall in line with the complaints of other class-action suits being investigated against Lennox.