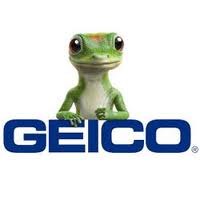 New York, NY: A putative bad faith insurance class action lawsuit has been filed against a unit of Geico Corp, alleging the company has been arbitrarily denying personal injury protection claims for years. The lawsuit claims the defendant uses software that reduces or eliminates claims payments without "reasonable basis or justification."
Filed in Delaware Chancery Court, by plaintiff Yvonne Green, the complaint states that the only factors taken into consideration by the fully automated PIP claims-processing system Geico General Insurance Co, uses are the date of an accident and the date and geographic location of medical treatment.

"By employing these rules to deny benefits, Geico violates Delaware law and breaches its contractual and legal obligations,"the lawsuit states. "The only justification for Geico's conduct is to contain Geico's costs and to maximize Geico's profits."

The lawsuit, (Green v. Geico General Insurance Co., case number 9431), further claims Geico makes no effort to determine what a reasonable fee ought to be for a specific doctor providing a particular treatment but has a computer system that sets a "hidden cap"at the 80th percentile of what the insurer has been charged by other medical providers. Instead, price recommendations are generated by the software based on a provider's location. However, it doesn't consider other factors such as a doctor's level of expertise, inflation, rent or cost of staff, the lawsuit states.

Green further alleges that claims for certain passive treatments that occur eight weeks after an accident are automatically denied without any review by an actual agent.

"Geico uses this rule even though it has information that treatment and healing times for injuries vary,"the lawsuit states. "Further, Geico enforces this rule without making any inquiry into facts or treatment."

Green is basing her complaint on her 2011 car accident in which she sutained injuries. She alleges her PIP benefits were denied despite having submitted records detailing her injuries and that they were related to the crash, and that her treatment was reasonable.

The lawsuit seeks to represent a proposed class of plaintiffs who, three years prior to the filing and up to the date of final judgment, had claims on Delaware policies that were either reduced or denied under similar circumstances, according to the complaint.

Delaware law requires insurers to provide PIP coverage, which is designed to be paid regardless of who is at fault for an accident.

Posted by
Merina Shepard-Morton
on April 25, 2020
Geico is no good because they discriminate against African Americans and Hispanics when ever they file a claim especially a Personal Injury Protection (PIP) claim with their company. I reside in the state of Texas and you are entitled to file a PIP claim whether you are at-fault or not. My insurance policy was cancelled after paying my policy on time for several years due to no reason that they can explain. I filed a PIP claim in 2012 and I had to undergo a Special Investigation process which left me very baffled. I reported Geico to the Texas Department of Insurance, Attorney General of Texas and also the Better Business Bureau of Dallas because of their discriminatory practices. My actions angered them and this action caused my Auto Insurance to be cancelled simply because I was exercising my rights. Geico should be stopped immediately and hit exactly where it hurts the most in their pocketbook.
Posted by
amy M carranza
on January 13, 2020
I had paid entire year for insurance with gieco now they are saying I didn't pay and cancelled my policy . my vehicle was impounded and now im having to find new insurance and pay 200 reinstatement on three vehicles
Posted by
Jackie P.
on November 26, 2017
Geico refuse to renew my policy, I had been insured with them since 2011. There reason is that the other person on the policy was involved in to incidents; even although he was one hundred percent NOT at fault; and his license was suspended later for other reason. I requested that the other person be removed as that person was add 8/2/15 and he lives elsewhere and he does not own a car. Geico insist this person be insured by another company. I contacted the Dept. of Financial Services they state: Individual companies establish their own standards and can terminate a policy based on those standards. Why couldn't they just remove the person from the policy?
Posted by
Sabrina Dela Rama
on August 20, 2017
Stella Conwell, Is Geico your ins? If not, you would sue the at fault party, the person who has Geico's policy, however, if you're the policyholder, you would sue Geico.
If you're the policyholder, read your policy clearly and then your state law, most time the law and policy will protect the consumer, Every insurance policy has a covenant of good faith and fair dealings and the laws will honor that as all contract law enforces "Good Faith and fair dealings".
Posted by
Stella Conwell
on May 10, 2017
May I ask, I am in NY, and want to sue GEICO for not paying PIP.

To Whom Do I sue? The company, an owner?

Posted by
Jules
on May 19, 2016
I was in an accident with a geicko insured vehicle who claimed fault, my car was totaled and suffering still had 6 mo of therapy and geicko still trying to settle lower then medical bills.. Ridiculous. Pray your never involved with any geicko insuree!
Posted by
scott
on May 14, 2016
My 2010 Honda Civic LX was hit (rammed) at 40+MPH by a Geico insured driver and I believe she is a Geico employee as well as her mother. The police report listed my car as level 3 damage (moderate). Geico's repair estimate is $10,017 and deemed it a total loss and offered me $10, 247 to me. Geico's basis for this sum is their proprietery software, CCC. Their offer is too low; my car has 57,000 miles, bought new, and brand new tires. I cannot agree to this offer AND I have to sign my title to them and Geico will auction my car at iaai.com for $2,000-$3,000. They wish to underpay me and make a profit from the sale of my car. Space does not permit me to add more salient details to substantiate my dissatisfaction.
Posted by
Ali Iranmanesh
on February 26, 2016
I have been a GEICO customer since 1993 currently paying $600+ for my car insurances. In an accident the car is title loss. GEICO is underestimating the value of the car and asking me to pay for the storage to the body shop (over $2500).
Unfortunately I learned that they are very dishonest people to deal with.
Please do yourself a favor, stay away from them.

Posted by
Cathy M.
on February 26, 2016
I was in a hit and run accident in 2012 and Geico is my UMI- we are in process of trial and bad faith suit against them- they claim I am a liar. They low ball settlement. I am fortunate to have great attorneys on my case... they will not prevail!
Posted by
Lisa Brittian
on January 31, 2016
I was injured by a Geico insurance holder this pass April of 2015 and there are refusing to pay all medical bills and expenses.