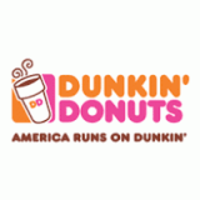 “A reasonable customer understands defendant’s ‘steak’ claims to mean that the products feature Angus ‘steak,’ and not burgers or patties,” the complaint states. The plaintiffs cite Dunkin’ donuts advertising that features steak-loving customers. Specifically, one of the advertisements cited as being misleading in the lawsuit involves two people who meet on a bench and bond over their shared love of steak, quoting “as the narrator speaks: ‘It’s a big day for steak fans, Duncan’s Angus steak and eggs breakfast sandwich is back!’ a fork places the ‘steak’ onto the egg.”

The class action alleges that Dunkin’ Donuts profits from the alleged misrepresentation as it charges between 50 to 60 cents more for the products that are advertised as having steak, than the non-steak containing equivalent.

Posted by
Randy Fraley
on October 17, 2017
I have ordered the steak and egg sandwich, also the wraps. I always thought that it was angus steak, They actually told me that. I am verry Disappointed. I would like to join. Thank You.
Posted by
Randy Fraley
on August 7, 2017
I have bought many of those thinking it was steak.. Include me, that's gals advertising.
Posted by
lee horowitz
on July 9, 2017
how do we join the dunlin donuts lawsuit over steak breakfast sandwich