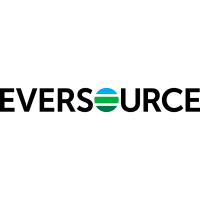 Boston, MA: New England residents have filed an antitrust class action lawsuit against Eversource Energy and Avangrid Inc, alleging the two energy companies caused its electricity consumers to incur overcharges of $3.6 billion in a years-long scheme that impacted six states and affected 14.7 million people.
According to the lawsuit, filed in the US District Court for the District of Massachusetts, 7.1 million retail electricity customers and an overall population of 14.7 million people have been affected by Eversource and Avangrid’s “unique monopoly” spanning at least from 2013 to 2016.

The lawsuit centers on the electric overbilling scheme involving Eversource and Avangrid’s manipulation of the amount of natural gas available to power plants. The two companies regularly constrained the amount of natural gas that could flow throughout New England by reserving far more than they knew they would need, according to the complaint. This artificially limited the amount of gas, which is used to fuel many of the region’s power plants, therefore pushing electric costs higher.

The lawsuit calls the market manipulation scheme the largest since Enron: “Not since Enron’s greedy heyday during the California energy crisis, nearly two decades ago, have American energy markets been manipulated for private profit at such expense to everyday electricity consumers.”

The lawsuit states that Eversource and Avangrid’s anticompetitive scheme had an enormous and wide-ranging impact on the New England electricity market as a whole. Further, the lawsuit claims that their manipulation of natural gas supplies directly caused electricity prices across the region to spike 20 percent higher than they would have been otherwise, leaving utility customers paying the price.

Posted by
Luz S. Rosa
on November 19, 2017
for years my electric bill is been very high for a single family house