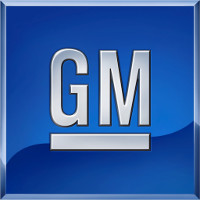 Detroit, MI: General Motors Co. is facing a nationwide consumer fraud class action lawsuit filed in California federal court alleging the automaker promoted two types of pickup trucks that don't live up to their advertised towing capacity.
According to the complaint, filed by Richard Quintero who drives a GMC Sierra, at the end of 2014 the auto maker alerted owners of 2014 GMC Sierra 1500 Series and Chevrolet Silverado 1500 pickup trucks across the country that GM had miscalculated the trucks' towing capacities and that the actual amount they could tow was about 2,000 pounds less than advertised.

"Had plaintiff and class members known the 2014 GMC Sierra' and the 2014 Chevrolet Silverado' actual towing capability at the time of purchase, and the safety hazard posed by towing loads in excess of a vehicle' capacity, they would not have bought the class vehicles or would have paid much less for them,"Quintero states in the complaint.

Quintero accuses GM of breach of express warranty, negligent misrepresentation and of violating California consumer protection laws and seeks to represent all owners and lessees of the two truck models.

Quintero states in the complaint that he visited his local GMC dealership in California during the summer of 2013, originally intending to buy a 2013 Sierra. However, the complaint notes, after learning about the purportedly superior towing capacity of the 2014 model, Quintero purchased the newer, more expensive truck.

The complaint notes that Quintero owned a 5,000 pound trailer, which he used to haul a 1,000 pound golf cart. But, after seeing GM advertisements that said his new truck could haul 8,800 pounds, he decided to upgrade and bought a new 6,700 pound trailer to haul the cart.

After he bought the trailer, Quintero got the letter from GM telling him his truck could only pull 6,700 pounds, not enough capacity to tow the new trailer with the golf cart inside, the complaint states.

"This towing capacity reduction followed uniform and pervasive representations to the contrary from defendant to plaintiff and class members,"Quintero states. "Prior to GM' precipitous recalculation, GM expressly and repeatedly touted the towing capacity of class vehicles, and its representatives confirmed that towing capacity is a material, and often dispositive, consideration for pickup truck consumers."

I guess it’s now time to move on from my 3 generations
of my family only buying GMC products.


Posted by
JESSICA HALL
on October 16, 2018
Yes I owed a 2007 Chevy Silverado 1500 pickup truck I later on wrecked the truck in 2015 and therefore the airbag didn't deploy it caused me damage to my back which resulted in two discs are out and it to fracture.. I never received the recalled until about 4-6 months after I wrecked the vehicle which at that point was totaled and I no longer had in my possession my insurance company had done came and picked it up.. I was just wanting some information about the lawsuit which back I. 2015 I had spoken with someone from GM and they was supposed to contact me which they have never done.. I had all my records from the hospital and yes it has caused me alot of problems I can't lift but 15-20 pounds now and can't stand for very long periods of time neither can I sit for very long so it's really affected me in ways I'm only 34 and it's caused me not to be able to do the things I used too.. I would greatly appreciate some kind of response just so I know where I stand with the precidings .. thank you.. Jessica Hall
Posted by
Kim maguire
on March 5, 2017
Hi my 2012 Chevy Malibu had air bags that did not deploy when I hit an Elec. Power pole head on....I was yelled at by the police who responded to the accident, because if I had really just had a head on collision with a power line( enough to make 1/2 the electricity in town to go out for almost a whole day) then my air bag would have deployed , they accused me of staging an accident...
When the car was repaired from all the front end damage, I was driving into a parking lot, as I was driving up the drive way to park my front driver side tire wobbled and FELL OFF the axle
I don't know if this model was included in any of the class actions yet, but I've had all together
-2010 Chevy Equinox
-2011 Chevy traverse
-2012 Chevy Malibu
-2014 Chevy Impala
-2007 Chevy Silverado
The Malibu was the most dangerous for me, the impala gas probably most recalls but my favorite
-


Posted by
Thomas Williams
on October 16, 2016
I am owner of a 2007 Tahoe I think it's part of this action lawsuit class-action lawsuit concerning transmission and other things and someone please contact me
Posted by
Heather M.Palik
on April 3, 2016
My car has been sitting for 6weeks now and no one has fixed any recalls but one and no rental car.