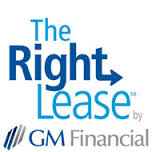 According to the lawsuit, "Plaintiff has never provided any personal information, including her cellular telephone number, to defendant for any purpose. As such, neither defendant nor its agents were provided with prior express consent to place calls via its ATDS to plaintiff' cellular telephone."

The plaintiff is represented by Todd M. Friedman and Nicholas J. Bontrager of the Law Offices of Todd M. Friedman PC; Abbas Kazerounian and Jason A. Ibey of Kazerouni Law Group APC; and Joshua B. Swigart and Jessica R.K. Dorman of Hyde & Swigart.

Posted by
BETSY PARKER
on March 21, 2016
they have call me several times and I still have records of the calls