Were you looking for General Motors Auto Recall lawsuits?
February 27 2014 - by Lucy Campbell 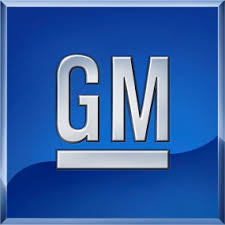 Detroit, MI: General Motors LLC (GM) announced on February 10, 2014 that they are recalling certain model year 2005-2007 Chevrolet Cobalt, and 2007 Pontiac G5 vehicles. Two weeks later, GM increased the recall to include an additional 748,024 model year 2006-2007 Chevrolet HHR and Pontiac Solstice vehicles and 2003-2007 Saturn Ion vehicles and 2007 Saturn Sky vehicles.
The recall is due to an alleged defect in the ignition switch which, when the weight on the key ring and/or road conditions or some other jarring event, may cause the ignition switch to move out of the run position, turning off the engine. If the key is not in the run position, the air bags may not deploy if the vehicle is involved in a crash, increasing the risk of injury.

Posted by
Shala Branconnier / Jordan Nabe
on January 26, 2016
Please I need the info to receive the ignition switch and wiring for it provided by GM For free as mine is screwed
I need it ASAP 2002 Poniac Grand Prix 3.1L
Posted by
Texas
on March 12, 2014
My 2006 Cobalt I bought for my daughter’s 16th birthday has shut down completely while driving down the road several times (as early as two weeks after I bought it in 2012). It has been in the shop on four different occasions and nobody could ever figure out what is causing this problem until this recall. On February 26, 2014, the Cobalt did the same thing and I took it to the shop where I purchased the vehicle and I am geting the run-around from GM and the dealership. Help please! I can't let my daughter back in this car. It is a death trap! I am being told that the ignition switch is not bad!