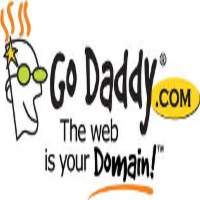 Santa Clara, CA: GoDaddy is facing a consumer fraud class action lawsuit over allegations it misrepresents one of its hosting plans. The lawsuit was filed by two men in California, alleging fraudulent concealment, negligent misrepresentation, and violations of the Arizona Consumer Fraud Act, the California False Advertising Law, and the California Unfair Competition Law.
Specifically, the web hosting and services company, according to the proposed lawsuit, sells differing types of server access, including "virtual private servers" and "dedicated servers." The dedicated GoDaddy server is assigned to one customer, and the resources of that server are not shared or used by any other customer. However, plaintiffs Mark Schellenbach and William Ryder claim that GoDaddy' virtual private server in fact allows several separate servers to run on and share the resources of one physical server. While the GoDaddy prices its dedicated servers substantially higher than its virtual private servers, the company misrepresents its dedicated servers.

According to the complaint, GoDaddy provides its dedicated server to customers with virtual private servers that may share the resources of a single physical server between multiple users. The plaintiffs allege that in reality, this means that customers who purchase a dedicated server subscription are paying a premium for the lesser virtual private server.

The case is US District Court for the District of Arizona Case number 2:16-CV-00746-DGC.

Posted by
Cyrus Pakzad
on January 1, 2019
Godaddy.com places unauthorized charges against account holders whose credit card numbers it keeps on file. Through automatic charging of such credits holders, it charges them unlawfully because it knows some of these account holders fail to check their transactions with Godaddy.com regularly. Godaddy.com must be required to allow its account holders to do business with it manually without having any of their credit card numbers on file. Also, it must allow account holders to move their accounts to other providers free of charge if they feel uncomfortable doing business with Godaddy.com
Posted by
Steve Schoppenhorst
on November 20, 2018
Go daddy is not secure and I believe they maliciously destroy online business reputations.
Posted by
BARBARA RAMOS
on September 14, 2016
Dear Cinda,
I had my beautiful website with godaddy over ten yrs! and they damage and disappear most of the information in my web site!!!
This means, all the work and time I put in my web, photos, videos, text and imagine the rest!
Just on June 12th this year, when the tragedy here in Orlando, Fl!!!

Still, I don't hear from them! just games and more games now from the CEO Team at Godaddy!!!

I would like you to read the BIO of the owner, Mr Irving Blakes, he doesn't know his employees are the destroyers of people's DREAMS!!!
BR

Posted by
cinda newton
on April 25, 2016
Had a godaddy website for my bisiness and they sold my info to third parties