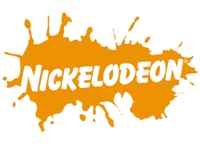 San Francisco, CA: Six Internet privacy class action lawsuits have been filed against Google Inc. and Viacom Inc. over allegations the companies illegally track the online activities of children under 13. These actions, according to the lawsuits, violate both the federal Video Privacy Protection Act (VPPA) and the federal Wiretap Act.
Specifically, the lawsuits claim that Viacom and Google placed cookies on users' computers enabling the companies to unlawfully track the Internet and video-viewing activities of minors who visited Viacom-owned sites like Nick.com and NickJr.com. The information was used to target advertising, the lawsuits allege.

The cookies allegedly remained on computers even after the children had informed Viacom through the sign-up process that they were under 13.

"The plaintiffs, and others similarly situated, suffered invasions of privacy in direct violation of federal law when Viacom and Google developed, implemented and profited from cookies designed to track the Internet communications and video viewing habits of minor children under the age of 13,"the lawsuits state.

The plaintiffs in all six class action lawsuits are seeking to certify a nationwide class of children under 13 who had cookies placed their computers by Google and Viacom for the purposes of tracking their viewing habits, without the plaintiffs' knowledge. Plaintiffs are also proposing a subclass of children who engaged with video materials that Viacom knowingly allowed Google to track through a specialized cookie.

The Viacom/Google class action lawsuits are seeking actual damages, statutory damages, penalties and more.
Stay Informed
Get the latest on class action lawsuits, settlements & more! Subscribe to our free weekly newsletter.
Get our Newsletter!
Submit a New Complaint
Been wronged by a similar product or service?
Click here to send us your complaint.