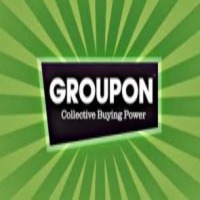 Santa Clara, CA: Groupon is facing a proposed discrimination class action lawsuit, alleging the discount promotion website discriminates against people with disabilities by not offering tickets for accessible seating at events. Further, the allegations state that Groupon does not provide booking options for disability-accessible hotel rooms.
Filed by Andrew Huzar, the lawsuit seeks to represent two nationwide classes, specifically classes of customers made up of those who were not successful in their attempts to either 1) buy tickets to events or 2) find disability appropriate travel accommodations through the Groupon website. Huzar states in his complaint that he has been unsuccessful in securing both tickets and accommodations.

According to the lawsuit, in 2015, Huzar allegedly tried to purchase a “Groupon Getaway” deal to the Red Lion Hotel in Harrisburg, Pennsylvania. However he was unable to find any option to book an accessible room through the Groupon site. The complaint states that Hazar emailed Groupon about the likelihood of booking a wheelchair-accessible room with the offer, however the response he received allegedly stated, “I’m sorry, unfortunately handicap-accessible rooms are not available.”

“Since July 30, 2015, Mr. Huzar has been deterred from attempting to purchase accessible hotel rooms and Groupon Getaways from defendant as he knows such an attempt would merely be a futile gesture,” the complaint states. “Mr. Huzar continues to desire to purchase hotel rooms and Groupon Getaways from defendant, but fears that he will experience serious difficulty doing so as a result of the complete lack of accessible options.”

With respect to purchasing tickets for events, the complaint notes that in the summer of 2016 Huzar received an email advertisement from Groupon about a deal for New York Jets tickets at MetLife Stadium. When he tried to purchase them through Groupon’s website, he discovered the “complete absence” of any accessible-designated tickets in the stadium, he asserts.

“Mr. Huzar has personal knowledge that accessible-designated seating exists at the MetLife Stadium,” the complaint states. “Mr. Huzar is presently aware that if he tried to try to purchase accessible tickets on defendant’s website, he would be unable to do so.”

“Defendant continues to discriminate against ... the classes by failing to make reasonable modifications in policies, practices or procedures, when such modifications are necessary to afford persons with disabilities the ability to purchase tickets; and by failing to take such efforts that may be necessary to ensure that no individual with a disability is excluded, denied goods and services, segregated or otherwise treated differently than other individuals,” the complaint states.

Huzar alleges Groupon has violated the 1990 Americans with Disabilities Act, which “prohibits discrimination on the basis of disability in the activities of places of public accommodations.”

The case is Andrew Huzar v. Groupon Inc., case number 1:17-cv-05383, in the U.S. District Court for the Northern District of Illinois.

Posted by
christina smith
on January 27, 2019
groupon suck,you can never use it the day you purchase it.only they fail to tell you this when you are purchasing it.you find out when you get to whatever place you purchased coupons for.