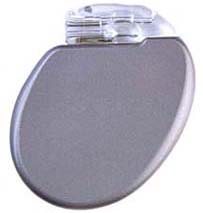 In June of 2005, Guidant Corporation recalled thousands of their Implantable Cardioverter Defibrillator (ICD) due to a manufacturing defect that may cause the device to short-circuit or malfunction. It is alleged that Guidant knew of the problems with their heart defibrillators and failed to publicly disclose the life-threatening defects until FDA intervention and public scrutiny.
These popular ICDs are implanted into patients with congestive heart failure, abnormally fast heart rhythms/ tachycardia or irregular heartbeats to shock their faltering heart. According to the American Heart Association, 64,000 implantable defibrillator operations are performed on U.S. patients each year. Approximately 24,000 defective Guidant ICDs have been implanted in U.S. patients.

The initial defibrillator in question was the Ventak Prizm 2DR, Model 1861, manufactured on or before April 16, 2002. However, Guidant has increased the recall to now include all of the following models: After further investigation by Guidant and the FDA, the FDA uncovered more reports of device failures and deaths linked to Guidant ICDs. To date, Guidant has recalled or issued warnings for over 80,000 heart defibrillators, including its best selling Contak Renewal 3.

Class II Guidant Recall: VENTAK PRIZM AVT, VITALITY AVT, and RENEWAL AVT Devices, CONTAK RENEWAL 3 and 4, RENEWAL 3 and 4 AVT, and RENEWAL RF Devices
In a Class II recall, the malfunctioning product may cause temporary or medically reversible adverse health consequences. These Guidant devices are said to be subject to a memory errors.

Accusations against Guidant
Currently Guidant faces over 100 individual and class action lawsuits related to its defibrillator and pacemaker products. Guidant may also face a civil lawsuit by the federal government for failure to disclose its product's potentially fatal defects. Medical professionals and legal professionals believe that Guidant withheld pertinent information about defibrillator malfunctions and mechanical design defects. It is alleged that Guidant learned of their ICDs life-threatening defects in 2002 but did not disclose this information to the public until 2005 while heavily marketing their products worldwide.

Guidant designs, manufactures, and distributes products focused on the treatment of cardiac arrhythmia, heart failure and coronary and peripheral disease. Guidant is pending acquisition by Boston Scientific Corp. for $27 million.

Medical professionals advise that if you have a Guidant defibrillator, talk to your doctor as soon as possible to find out more about your medical options.

If you have the device implanted, had the device replaced or plan to have it replaced, whether or not you suffered complications from at this time, you may be entitled to compensation.

Guidant Settles 4000 Claims, Avoids Trial - For Now
The Guidant division of Boston Scientific may have dodged a more expensive bullet by settling claims stemming from the recall of Guidant Implantable Cardioverter Defibrillators (ICD), even though it cost the company $195 million to do it.

Guidant Defective Defibrillators: Keeping Pace with the Lawsuits
When Boston Scientific merged with Guidant last year, it not only acquired Guidant's product line, but assumed its liabilities as well. That includes a host of individual and class action lawsuits, at least 100 in number, over defective Guidant defibrillator and pacemaker products.

Guidant Defibrillators In the News

JUN-27-07: Fourteen people have filed a product-liability lawsuit against Guidant Corp, alleging that they actively concealed product defects to prevent negative publicity. The plaintiffs also allege that they did not know about the risks of using the defibrillators until after they were implanted. [RECORD: GUIDANT DEFIBRILLATOR]

JUN-13-07: A federal judge has rejected Boston Scientific's motions to dismiss product liability claims regarding Guidant defibrillators. In handing down his decision the judge noted that Guidant continued to sell the defibrillators even after learning about possible defects. [CNBC: GUIDANT DEFIBRILLATOR]

MAY-18-07: Plaintiff's lawyers argued that Guidant Corp. should be at risk for punitive damages because of how it handled the recall of implanted Guidant cardiac defibrillators that were recalled in 2005. There are at least 2,200 plaintiffs in lawsuits related to Guidant's recalls. [PIONEER PRESS: GUIDANT]

MAY-17-07: Boston Scientific is in talks to settle 1,350 lawsuits related to Guidant defibrillators. [BOSTON: GUIDANT]

MAY-09-07: Boston Scientific has revealed that it faces 1,430 lawsuits related to their heart-rhythm devices. [DAILY UPDATE: GUIDANT]

APR-06-07: A Bismark woman has filed a lawsuit against Guidant Corporation claiming that her husband received a defective defibrillator. He died two months after the defibrillator was implanted. Boston Scientific, owners of Guidant, say that over 1,100 people have filed complaints about the defibrillators. [KXMB TV: GUIDANT DEFIBRILLATOR]

If you or a loved one has a defective Guidant Defibrillator implant, you may qualify for damages or remedies that may be awarded in a possible Guidant Defibrillator class action or lawsuit. Please fill in our form on the right to submit your complaint.
Stay Informed
Get the latest on class action lawsuits, settlements & more! Subscribe to our free weekly newsletter.
Get our Newsletter!
Submit a New Complaint
Been wronged by a similar product or service?
Click here to send us your complaint.
RELATED NEWS
More News

Posted by
Shirley Ward
on October 28, 2016
My husband passed away in 2005 from a massive heart attack and he had a Guidant AICD automatic implantable cardioverter defibrillator in hus chest that I was told was not working properly when he died.