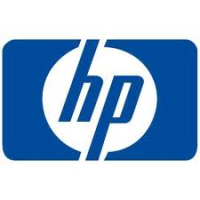 Los Angeles, CA: A defective products class action lawsuit has been filed against Hewlett-Packard Co. (HP) alleging its wireless printers have a defect, effectively eradicating their printing capability.
Filed in California federal court by plaintiff Vincent Ferranti, the lawsuit, entitled Vincent Ferranti v. Hewlett Packard Co., Case No. 5:13-cv-03847, alleges that Ferranti purchased two HP wireless printers, both of which were found to contain faulty receivers, which negatively affected the printers in that they were unable to maintain consistent connections with the computers.

Ferranti further alleges users of HP wireless printers are forced to plug the printer into a computer in order to print something. "The HP printers' wireless connectivity intermittently stops working for no reason,"the class action lawsuit states.

The lawsuit names HP' Officejet Pro 8500 and 8600 Wireless All-in-One printers as defective, and states that HP either knew or should have been aware of the connectivity issue on or before April 2009. Ferranti further alleges HP "actively concealed"the defect from consumers and continues to sell these printers without warning consumers "that the printer' wireless function was defective and would fail with normal use."

The lawsuit seeks to represent a class of thousands of consumers who purchased or leased the HP Officejet Pro 8500 or 8600 Wireless All-in-One printers. It accuses HP of engaging in unlawful, unfair and fraudulent business practices, violating the Consumers Legal Remedies Act and breach of express warranty. The lawsuit seeks unspecified damages and injunctive relief to prevent HP from engaging in further deceptive practices regarding these printers.

Ferranti and the class are represented by Michael A. Caddell, Cory S. Fein and Cynthia B. Chapman of Caddell & Chapman.

Thanks for sharing information.

Posted by
Lewis Draney
on September 17, 2018
I have a HP 7300 All in one printer scanner that has never worked properly from day one, it was supposed to be the best the company had to offer, hope something can be done.
Posted by
W. Gufford
on June 10, 2018
I own 2 HP 8610 Officejet Pro's. One purchased in 2015 with only 3 reams of paper used and one in 2016 at another location with about the same usage. Both printheads on these IJP's have failed just out of warranty. There are hundreds of complaints everywhere about these failures. It seems they are engineered to fail in order to force you to pay 120.00 for a new printhead and a new ink supply only to have the new printhead fail again very soon. You can see the complaints at
:
https://www.action-intell.com/2013/08/26/hp-faces-new-class-action-over-officejet-pro-8500-and-8600/

There are many complaints all over the internet. This is a CLASS-ACTION suite for sure. I am finished with HP.

Posted by
j Baker
on February 15, 2018
Own a 4635 printer. It will not allow me to insert Costco filled ink hp cartridges. Each time I turn it on , it asks me to print an alignment page. Also will not read my documents from Word file. Because of the inconvenience and time spent, I went back to Costco and bought authentic hp cartridges. It works fine now. What kind of technology do they put in their printers to make it so inconvenient to use ink filled cartridges? It is dishonest on hp's business integrity. I will never buy an HP printer again!
Posted by
Karina Lopez
on October 31, 2016
Hi,

Both of them are connected to the pc by a cable, being I had trouble with wireless connectivity and got sick and tired of troubleshooting them.

Posted by
charles yates
on November 11, 2015
If got one of those piece of junk and it still doesn't work