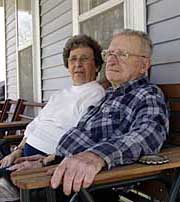 The attorney general has said that H&R Block steered customers to invest in IRA's without disclosing hidden fees that outpaced the interest earned from the retirement accounts causing about 85% of the clients to lose money. Clients who closed their failing Express IRA accounts also suffered tax penalties. The lawsuit is seeking refunds from H&R Block along with $250 million in fines. The suit also charges that H&R Block used the retirement plan accounts as bait in an attempt to make tax clients return each year with an initial minimum $300 deposit.

Attorney General Spitzer stated that a tip from a tax preparer and complaints from customers launched the investigation into H&R Block's Express IRA product. The complaint has been filed in Manhattan state court and has cited that internal documents show that senior H&R Block management knew that customers were losing money on the Express IRA product.

If you have suffered losses as a result of investing in an H&R Block Express IRA, you may qualify for damages or remedies that may be awarded in a possible class action lawsuit. Please fill in our form on the right to submit your complaint to a lawyer for a free evaluation.
Stay Informed
Get the latest on class action lawsuits, settlements & more! Subscribe to our free weekly newsletter.
Get our Newsletter!
Submit a New Complaint
Been wronged by a similar product or service?
Click here to send us your complaint.