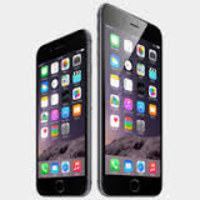 The class action lawsuit was filed by McCuneWright LLP.

Posted by
P Leung
on December 9, 2017
I had this touch disease iPhone 6 Plus problem 3 times this 2017 year. First time I went to Apple store on April 26, 2017 and they charged me $149 plus tax for a replacement then July 27, 2017 I had the same problem and they charged me another $149 plus tax for another replacement due to just passed 90 days warranty. I had called fouled on the issue but no one at Apple store care about my compliant. On December 7, 2017 I had the same problem again and I went to the Apple store and this time the tech from Apple Genius Bar informed me this is a known issue of the design, so I complaint to on duty management and they offered me to upgrade my phone to a new one with trade in value of $175 plus $149 reimbursement by the manager told me that they put the transaction that I had paid $149 cash, remaining in credit card then they short on their store register. This is my experience. If I had known this is the problem in April, I would not paid them $149 plus tax two times and trade in my phone. Dishonest business practices from Apple and their trained employees.
Posted by
Brook Terrell
on July 14, 2017
both my kids have had this problem on more then one occasion and I have accused them of being to hard on their phones maybe it isn't the kids but its the phone.
Posted by
R. Newman
on February 26, 2017
Please add me to this! My 6 Plus did this a lot!
Posted by
Samantha Nunnery
on January 27, 2017
add me
Posted by
kim dommert
on December 29, 2016
I own an iphone 6 and this has happened to me numerous time!!!
Posted by
Karen W Owings
on December 27, 2016
My iPhone worked pretty good until it was time for is update several months ago, freezes up took into to my phone carrier and was told to contact Apple and they would fully replace it. Contacted Apple and told them about it freezing up and the screen being cracked and continues to do so along with freezing up and they do not want to accept responsibility for the freeze up. My contract won't be up until next year in November and they said the phone company should be able to upgrade but future the only thing Apple could offer is mail my phone in to see if it could be fixed and there was no guarantee on that which I informed the rep I needed my phone. I work off of my cell so that was not feasible and they could not tell me where to mail my phone whice didn't help matters. They should have been able to allow me to either get a replacement thru them or allow me XXL no dollars against a phone with my carrier. I feel I got the shaft I have a iPhone 6 that works half the time.
Posted by
Tammy torres
on December 21, 2016
Please add me
Posted by
Lisa Bailey
on December 4, 2016
I experienced this problem often when I had a 6.
Posted by
John Zoller
on November 22, 2016
My I phone 6 lease phone was never up graded as promise. Phone cost me $20 a month and for the last year it only worked if I was in a wifi area. Phone was useless. my 2 year contract just ran out in Noveber. I just purchased a I phone 7.
Posted by
Susan Fleming
on September 13, 2016
We are in the process of replacing our 3rd iPhone 6 Plus, due to this issue. We are currently out of pocket two $100 insurance deductibles and one $225 insurance deductible. I am beyond pissed off about this issue. Thankfully, our insurance replaced the current and last phones with the newer 6S Plus. Let's hope that this issue does not plague our new phones as well.
Posted by
Rhoda Scales
on September 12, 2016
This IPhone 6 does this and more. As expensive as these phones are there shouldn't be anything defective about them. I have actually hurt my finger tapping on my phone trying to get apps to open, trying to slide the page to get to punch my password in, etc..... This phone is a pain and Apple knows it and they want this type of attention because people are going back to BUY another phone. They are taking our money now it's time to get our money back!!!!!
Posted by
Kathy
on September 11, 2016
Phone freezes or does not respond when touched. Have to reset almost all he time
Posted by
myrna munoz
on September 11, 2016
I had the same problem with my phone finally got frustrated with it and got another phone.
Posted by
Gilbert
on September 11, 2016
I too have had several times when the phone was non-responsive, but I assumed it was my rough callused thumb, since swiping was when I most noticed it. I had never heard of this before.
Posted by
Tammy Pierce
on September 6, 2016
I have experienced this "touch disease" on my iPhone 6plus, I usually turn my phone off or reset it.. I have had my phone since 2014, and the problem started to appear six months after. I have always assumed that it was my finger or fingertips and I've joked with my husband saying that I must be dead because it never recognizes my touch.