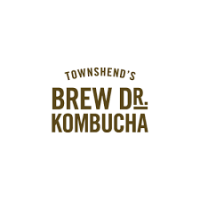 Chicago, IL: Brew Dr. Kombucha, a maker of kombucha beverages, is facing a potential consumer fraud class action lawsuit over allegations it overstates the benefits of its fermented teas, specifically the amount of colony forming bacteria in each bottle. Consumers are being duped because they buy kombucha drinks for their probiotic content in particular, according to the complaint.
Filed by plaintiff Vladislav Bazer, the complaint states that rather than containing billions of probiotic bacteria in every bottle of tea, tests have shown that there are as few as 50,000 colony forming units, which measure the number of viable bacteria cells in a sample. According to the complaint, independent laboratory testing has revealed that the drinks contain probiotic bacteria in amount that is 20,000 times less than advertised.

“Defendant regularly sells kombucha drink products that feature false and inaccurate representations about their probiotic content that do not correspond to the actual amount of probiotics in the product,” the lawsuit states.

The complaint cites information from the International Scientific Association for Probiotics and Prebiotics and the Canadian Food Inspection Agency, which state that in order to make claims concerning the benefits of probiotics, products should have at least 1 billion colony forming units.

“Accordingly, it is not surprising that defendant’s ‘Brew Dr. Kombucha’ brand of kombucha drinks specifically advertise on their product labeling that each bottle contains ‘billions of probiotic bacteria, beneficial yeasts and organic acids,’” the lawsuit states.

Bazer claims he would not have bought the products or he would have paid less for them had he known their true probiotic contents.